HomeTech and GadgetsXiaomi set a sales record of 618. Which Xiaomi and Redmi smartphones...

Xiaomi set a sales record of 618. Which Xiaomi and Redmi smartphones were the most in demand? – News 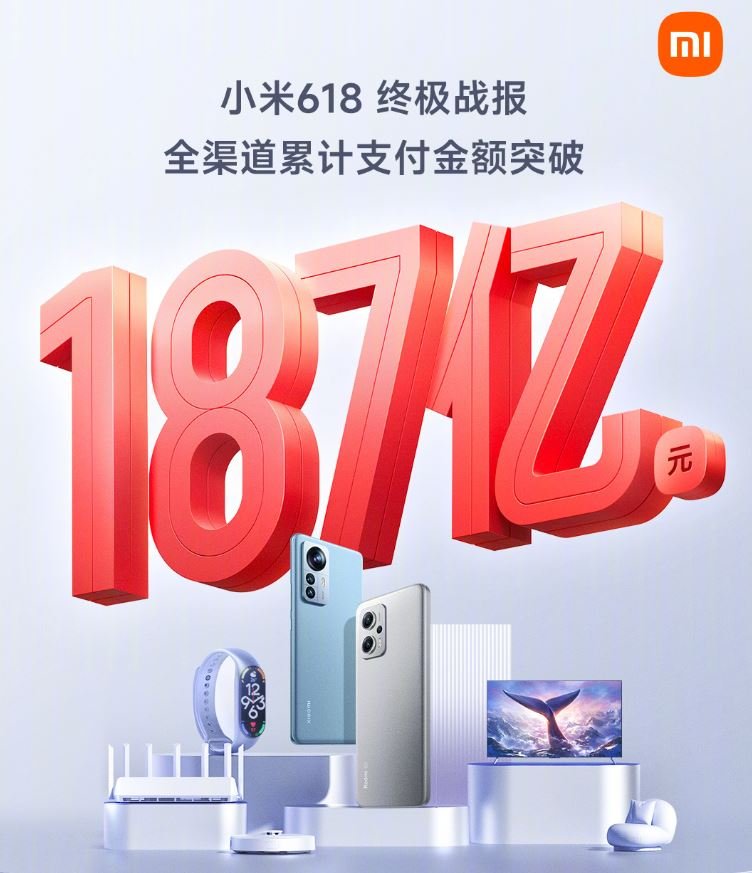 The 618 global sale has ended in China, and Xiaomi spoke about its success. They are, and considerable: in a couple of weeks, the company received payments in the amount of $ 2.8 billion. Xiaomi phones were the most popular on five popular Chinese marketplaces: JD.com, Tmall, Pinduoduo, Douyin and Kuaishou. The Xiaomi 12 family of flagships became a super hit, but other models were also in demand.

In addition to phones, the company’s televisions were in great demand as part of the 618 sale. Thus, Xiaomi TVs took first place in total sales on the JD.com and Tmall platforms. If we talk about laptops, then the most popular models were RedmiBook Pro 15 2022, Redmi G 2021, RedmiBook Pro 14.