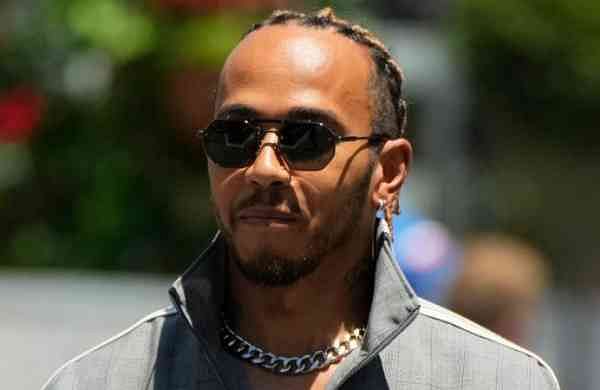 BAKU: Seven-time Formula One champion Lewis Hamilton has quashed all the speculation that he could miss this weekend’s Canadian Grand Prix after Mercedes driver experienced severe back pain during Azerbaijan Grand Prix on Sunday.

Mercedes team principal Toto Wolff said his driver’s pain was not only muscular but “goes properly into the spine and can have some consequences.”

Wolff added that the team would “have someone on reserve, which we anyway have at every race, to make sure that our cars run” in Canada.

However, in a social media post, on Monday Hamilton said he was feeling better following treatment from his physiotherapist and intends to race this weekend.

“Yesterday was tough and had some troubles sleeping but have woke up feeling positive today,” he said.

“(My) back is a little sore and bruised but nothing serious thankfully. I’ve had acupuncture and physio with Ang (Angela Cullen) and am on the way to my team to work with them on improving. We have to keep fighting. No time like the present to pull together and we will. I’ll be there this weekend, wouldn’t miss it for the world.”

Share
Facebook
Twitter
Pinterest
WhatsApp
Html code here! Replace this with any non empty raw html code and that's it.
Previous articleEngland have shown an attacking instinct in Nottingham Test: Hussain News
Next articleThe interiors of the 2022 Mahindra Scorpio-N have been revealed, customers will get more than one strong features – News
AUTO
Auto