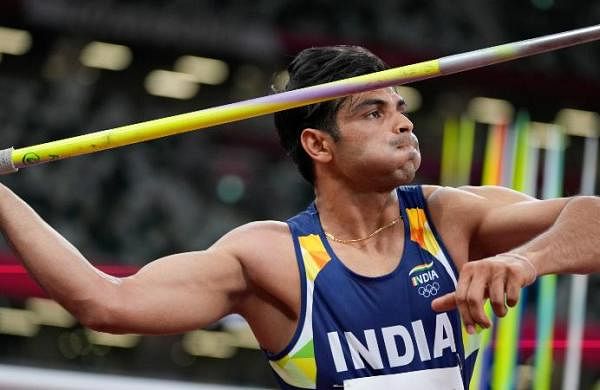 NEW DELHI: Tokyo Olympic Games gold medalist Neeraj Chopra has set his sights on major sporting events after improving upon his national record at the Paavo Nurmi Games in Finland on Tuesday.

“This was my first competition since the Tokyo Olympics and it went really well as in the first competition itself, I hit my personal best throw and also won the silver medal. Now I am aiming for the next few events which would be bigger than this and of course the Commonwealth Games, where I will face a lot of competition,” Neeraj was quoted as saying by SAI.

He added that the event gave him a confidence boost and now he aims to improve upon what he learned at the Paavo Nurmi Games.

“I got a good start here, so it has definitely boosted my confidence that I can perform better and I will take the shortcomings from here and improve upon them as we head for a bigger event,” he added.

Neeraj, who is currently training in Kuortane, Finland for the Diamond League event in Stockholm, is part of the Ministry’s Target Olympic Podium Scheme (TOPS) which gives personalized support to athletes. Since the Olympics in Tokyo last year, all of Neeraj’s foreign exposure trips have been funded under the Ministry’s Target Olympics Podium Scheme (TOPS).

He had started his training initially at United States’ Chula Vista Elite Athlete Training Center for three months, followed by another three months of training at the Gloria Sports Arena in Antalya, Turkey, and now he is currently training at Kuortane, Finland’s Kuortane Olympic Training Center till 22nd and is also set to compete in Kuortane Games which will take place on June 18th.

Later this year Neeraj is also scheduled to compete in World Athletics Championships in July, followed by Commonwealth Games in August.