HomeSports'We were trying to hit fours and sixes but they bowled really...

‘We were trying to hit fours and sixes but they bowled really well’: KL Rahul after loss against RCB 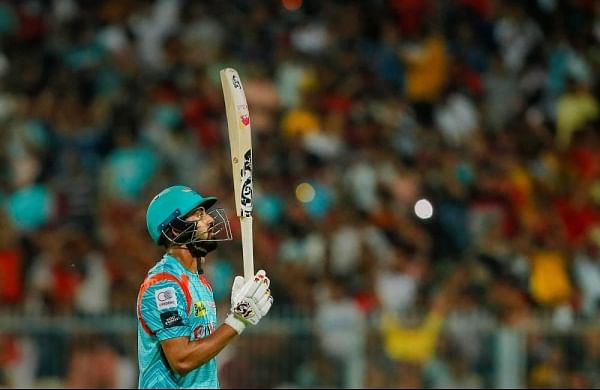 KOLKATA: When Mark Zuckerberg famously said: “The biggest risk is not taking any risk”, KL Rahul ought to have paid attention.

The India player is too good a batter to not take on the bowlers at any stage of a game, but his conservative middle-overs approach did not help Lucknow Super Giants’ cause in the eliminator against Royal Challengers Bangalore.

At the end of the game, the LSG skipper acknowledged that “two big hits” would have probably done the job for his team in a chase of 208.

“Yes, I think now, looking back, yes, it was just about two big hits in the middle overs and that could have gotten us over the line,” Rahul said in the post-match press conference here.

There was a seven-over period after the powerplay during which Rahul managed to hit just one boundary.

Rahul was in red-hot form this season with two centuries and four fisties, but his approach while chasing is something he needed to work on.

The IPL debutants lost five of their seven matches while chasing.

“We won a few games but generally overall we did not do well chasing. It’s something that we need to learn,” Rahul said.

“For me, I think this season has been like every other season, has been a good learning experience.”

“We, as a team as well, it’s been a very challenging season. We’ve learned a lot.”

Rahul, who is only the second batter this IPL to go past 600 runs, scored 79 off 58 balls on Wednesday, which was not enough in his stiff chase.

“I’ve really done well in other seasons, and I enjoy chasing. Yeah, you become successful and at times you fail,” Rahul said after the 14-run loss.

“But it’s a team game and the team has really stepped up even when we’re chasing,” he added.

Rahul, who will lead India in the upcoming five-match T20I series against South Africa next month in the absence or Rohit Sharma, has been in imperious form this season, with 616 runs from 15 matches at an average of 51.33.

But his stats while chasing give an altogether different picture.

His 79 in the eliminator was his highest and only fifty while chasing.

“I paid a bit of attention to the stats this season as well. Yes in this season, I’ve not scored much while batting second,” he agreed.

“But it was a big game and when you come to a big game, you forget about your form, your runs in the last 14 matches.

“You try to play this as a fresh game, and give it your best. I tried to do that also today, but it was a good learning, have not scored much this season,” he said.

On a day when his opening partner Quinton de Kock (6) departed early, Rahul needed to score quickly, but he looked too cautious in the powerplay.

RCB’s Harshal Patel was brilliant once again and conceded just eight runs in his first two overs before turning it around at the death overs.

“It’s not that we didn’t try to hit those fours or sixes, we were trying but I think in the middle they bowled really well.

I think Harshal’s two overs in the middle was what pushed us back a little bit,” Rahul said.

“He went two overs for eight runs. He didn’t give away much, changed his pace well, he bowled to the field and yeah, that’s where we were pushed back a little bit.”

Rahul also pointed out that it was his fielding that let them down heavily.

Dinesh Karthik, too, was dropped once and he went on to smash a 23-ball 37 not out.

“Skillwise look, you can have a bad day, you can go wrong with your execution with bat and ball but something that has let us down really badly in this game was our fielding,” Rahul said.

“We dropped some easy catches. I dropped DK when he was batting on single-digit. Patidar got dropped in the 60-70s. So I think dropping them cost us that extra 30-40 runs.”

“But we fought really hard. We tried to chase down this target to the best of our ability and like I said it was just two hits away. If we could have gotten that in the middle overs probably we would have won this game,” Rahul said.