HomeEntertainmentWe must all definitely adopt instead of shop for pets: Mrunal Thakur

We must all definitely adopt instead of shop for pets: Mrunal Thakur 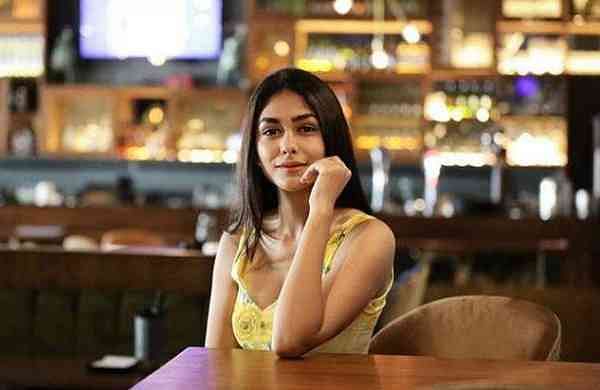 Among the new generation of actresses, there is one name that stands out for the unconventional choices she has made. Mrunal Thakur, who started with the television show ‘Mujshe Kuchh Kehti… Yeh Kahmoshiyaan’, has carved a niche for herself in Indian cinema for being a dependable performer.

Her debut film in Hindi cinema, Love Sonia, in which she played the title role, was internationally acclaimed for its heart-wrenching subject of human trafficking and prostitution. Mrunal had bagged the Best Newcomer Award at the London Indian Film Festival in 2018. Since then, there has been no looking back; she’s done films such as Super 30, Toofan, Dhamaka and Jersey.

Jersey didn’t really set the cash registers ringing, but it’s an important movie in Mrunal’s career. Mrunal (29) not only played Shahid’s love interest but also portrayed the role of a mother to a young boy. She explains, “My character had a journey in this film. It would be silly to say no to a film just because my character becomes a mother.”

Mrunal was shooting for Ghost Stories in Goa when she got a call for Jersey’s remake in Hindi. The actress had already done Toofan, which explored boxing and Jersey was about cricket. Although there was a risk of being typecast as a sports films actress, Mrunal says she agreed to do the movie because it seemed like a challenge to her.

“I had never played a character like Vidya [Jersey], Usually, people expect actresses to play happy-go-lucky girls. But I want to redefine the rules. Films are about relationships and if I don’t agree to play a mother or sister, then how will I entertain the audience?” she asks, adding, “I am also doing Pippa; I play Ishaan’s (Hatter) sister”

Even though she started her career as a television artiste, Mrunal didn’t get restricted by the medium. “Although we are living at a time when most people on social media seek validation 24/7, I don’t ask for it. Every time I play a character, I want to come back stronger as Mrunal Thakur, the actress,” she says.

While she’s gearing up for some exciting releases, Mrunal has also been spending quality time with her loved ones. “I love to spend time with my family and close friends. I love food, dancing, traveling and road trips,” she adds.

When she’s shooting in Mumbai, her evenings after work are usually spent with her pet cat Billoboy Thakur (who also has a dedicated Instagram page). “He is the only boy in my life right now. He is my little furball who I come home to. My Billoboy is my cat, dog, my lion, and sometimes he behaves like my mother and father as well,” she says.

“Irrespective of what time I come back from work, he is waiting for me at the door. I think adopting him during the pandemic was the best decision of my life. He is a street cat and I just think we must all definitely adopt instead of shop for pets. They take away all your stress!” concludes the actress.