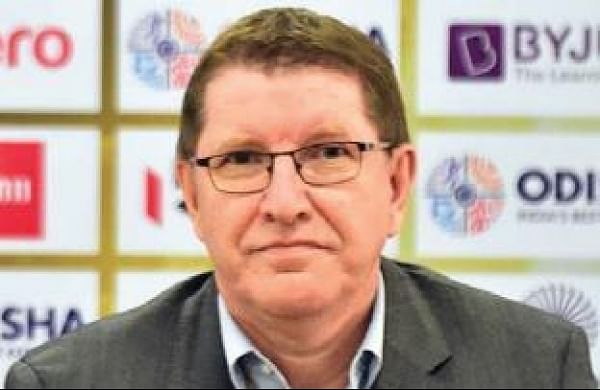 CHENNAI: The world governing body for field hockey, International Hockey Federation (FIH) has written to the Delhi High Court requesting them to speed up the process of early elections in Hockey India because of the upcoming World Cup in January 2023. “We have a slight request that we communicated,” Thierry Weil, FIH CEO, told select journalists in an online call on Tuesday. “If we can work together to speed up the process for new elections because of the World Cup coming up in January 2023. We have to do a lot of planning and working (with HI),” he said.

The HC had placed a three-member CoA to run the national body after the three-judge bench observed that HI had violated norms of the sports code. However, Weil dismissed the idea of ​​FIH suspending Hockey India. As this was a decision made by the High Court, the Frenchman was categorical in his assertion this didn’t tantamount to third-party interference. “Given that it’s a High Court decision, we accept this decision from the High Court. We will work with the administrators which will be put in place. I have already sent a communication to the High Court that we will work with them, we will be completely collaborative with them”, he said.

Narinder Batra, who was asked to vacate his HI post by the court, is the president of the FIH. “(…) There is no need to suspend HI, we have nothing against the decision. We have looked into that, we have even consulted the International Olympic Committee (IOC). What can be accepted and what cannot be accepted? We will do everything within our power to work together. The daily work anyway continues perfectly with HI planning the Pro League and the World Cup. We just had a call with them about putting in place new fields in both Rourkela and Bhubaneswar. So there really is no need to ban HI in any way shape or form”, Weil said.

The CEO also confirmed that the upcoming stadium in Rourkela, touted to be the biggest standalone hockey arena in the country, will witness its first competitive match in October, some two months before the World Cup. “It is going to be during the Pro League in October. All on track (in relation to the construction of the stadium). There are no concerns. It is progressing on expected lines. India opens their next Pro League season with home games against New Zealand and Spain in back-to-back weekends in the last week of October and the first week of November so it’s likely that one of fixtures could be in Rourkela with the other in Bhubaneswar”, he said.

Over the weekend, the FIH continued to lend its weight to the new format, Hockey 5s. The two-day event, in Lausanne, saw India men beat Poland in the final (India women could not after drawing to South Africa in the last pool match). Weil hopes that both the formats — 5s as well as the traditional format — can coexist at the same time, including at the Olympics.

With the likes of badketball adding another sport to the programme, Weil was hopeful that field hockey could have one more medal event at the Olympics. However, 5s, Weil opined, will take time to get into the main programme. “We will have to conduct more events,” he added.

5s was featured at the Youth Olympics in Buenos Aires in Argentina but it hasn’t been part of the senior programme.