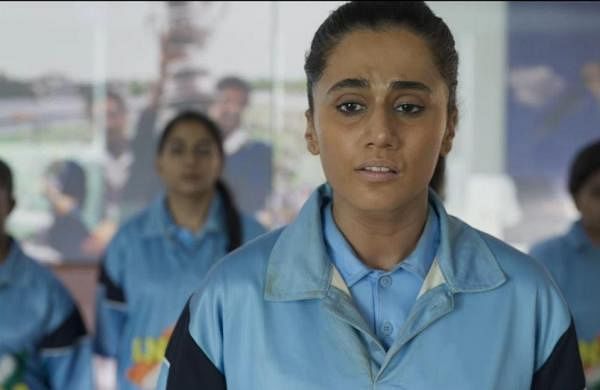 The trailer of Taapsee Pannu’s sports drama ‘Shabaash Mithu’ was unveiled earlier today. The film is a biopic based on the life of cricketer Mithali Raj, the former captain of the Indian Women’s Cricket team. Mithali Raj is known for her record-breaking 23-year-long career in international cricket. The film is directed by Srijit Mukherji and written by Priya Aven. Produced by Viacom18 Studios, the film has been shot across domestic and international locations.

In the film, Taapsee plays Mithu, a girl who dreams of becoming a cricketer. The journey towards that dream, however, is not easy for her. Supported by her coach (played by Vijay Raaz), she climbs her way up as a women cricketer. Although bullied and mocked, she learns to fight all obstacles and stand up for herself and her team of women. The film also portrays the real struggles of a women’s cricket team in India.

The trailer was launched by one of India’s most iconic cricketers Sourav Ganguly.

Taapsee Pannu and Mithali Raj too shared the trailer on their respective Instagram accounts,