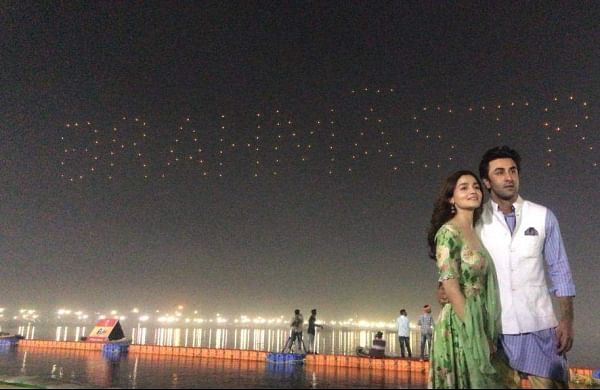 MUMBAI: The trailer of director Ayan Mukerji’s much-awaited ambitious fantasy adventure “Brahmastra Part One: Shiva”, starring Ranbir Kapoor and Alia Bhatt, was unveiled on Wednesday, assuring fans of a visual spectacle mounted on the back of a tender love story.

“Brahmastra Part One: Shiva”, also featuring Amitabh Bachchan, Nagarjuna and Mouni Roy, is the first installment of the trilogy that Mukerji began thinking about a decade ago when he was making his second directorial “Yeh Jawani Hai Deewani”, also starring Kapoor .

The almost three-minute-long trailer shows Shiva’s (Kapoor) journey from being a DJ in Benaras to discovering the divine power of fire in him.

The trailer introduces primary characters, including Bhatt, who plays Shiva’s love interest Isha and also possibly the turning point in his life, Bachchan, who guides Kapoor’s character in his journey, Nagrajuna as Nandi who already boasts of a superpower and Roy, who plays the dark force in the story.

I am so proud to finally present the trailer & introduce you to the magic of the Brahmāstra!

Brahmāstra Part One: Shiva out on September 9th. Only in Cinemas!https://t.co/rcxRVLucDH

Mukerji said it has been a dream come true to explore the roots of Indian mythology through “Brahmastra” and create it with “pan Indian stars”.

“Marking the beginning of a new cinematic universe, ‘The Astraverse’, I believe Brahmastra is the kind of film that the country would feel really proud of. It touches on our roots; celebrates our rich culture and it takes us forward with our technology .The film is proudly Indian and Imaginative and bringing together some of Pan-India’s most renowned names was a dream come true,” he said in a statement.

“Brahmastra Part One: Shiva” marks the first collaboration of Kapoor and Bhatt, who got married earlier this year. The couple fell in love during the making of the film.

The film is a joint production of Star Studios, Dharma Productions, Prime Focus and Starlight Pictures. It will release theatrically in Hindi, Tamil, Telugu, Malayalam and Kannada on September 9, 2022.