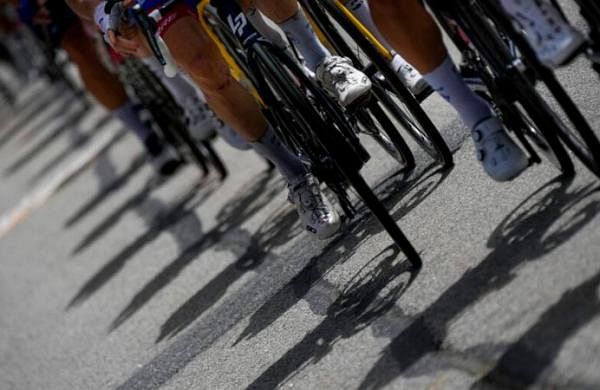 GENEVA: An outbreak of COVID-19 cases caused chaos at the Tour de Suisse on Friday with the race leader, at least two teams and several more riders pulling out of the Tour de France warm-up.

The Alpecin-Fenix ​​and Bahrain Victorious teams also withdrew, one day after the Jumbo-Visma squad left the eight-day race, which finishes Sunday.

“In the interest of the health of all riders and staff at the (Tour de Suisse), leaving the race is considered the most sensible decision by the team management and medical staff,” Alpecin-Fenix ​​said.

“We have decided to give the option of starting to the two remaining riders, Neilson Powless and Jonas Rutsch, with the consent of our medical staff,” the Education First team said.

Swiss rider Marc Hirschi of UAE Team Emirates also tested positive and is out of the race, while his roommate, Joel Suter, was withdrawn as a precaution, the team said.

“Unfortunately, like many other teams we have also had a surge in COVID-19 cases,” UAE team medical director Adrian Rotunno said.

Tour de Suisse organizers were expected to give a statement ahead of Friday’s stage.

The Swiss race is one of the last events to prepare for the three-week Tour de France, which starts in two weeks.