HomeEntertainmentVimi had once made films with big stars, at the last moment...

Vimi had once made films with big stars, at the last moment no one gave, the corpse reached the crematorium on the handcart 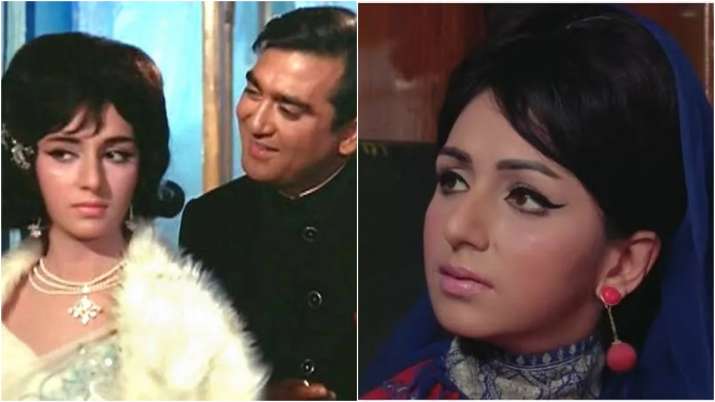 Vimi became a household name in the 60s after debuting in the Raj Kumar and Sunil Dutt starrer film ‘Humraj’. Made under the banner of BR Chopra, the film also featured the brilliant Mumtaz. The film got the love of the people at the box office and Vimi was loved by the fans.

Vimi’s sudden entry in showbiz and then a life full of oblivion. A question is left in front of his name, which every cinema lover wants to know who has seen Vimi on the silver screen. After all, what happened in Vimi’s life, due to which his sad life started?

Coming from a non-film background, Vimi was a psychology graduate from Sophia College, Mumbai. She was a trained singer who often participated in the programs of All India Radio Bombay. Music director Ravi introduced Vimi to BR Chopra and he easily got the role of ‘Humraj’.

Talking about him in a 1967 interview, BR Chopra praised Vimy, saying, “Vimi is intelligent, educated and catches things quickly.” But in the very next moment, the thought also comes that why BR Chopra did not cast Vimi, who got so much praise in the very first film.

Vimi tasted many flops after this film. She kept working hard but success did not come in her hands. Vimi signed a few more films with Shashi Kapoor, but failed to establish herself as a dependable actress.

In many films, Vimi introduced himself to the audience in the lead role. Where ‘Patanga’, released in 1971, tried to bring relief to Vimi’s difficult career going through. So, in 1974, ‘Vachan’, which was re-released with Shashi Kapoor, could not entice the audience.

In the matter of fashion outside of films, Vimy remained the choice of people through her style sense, which was on par with the stars of Old Hollywood. She dressed up as nines on and off screen, and stunned her audience by posing in glossy-glamorous avatars for films. At a threshold of age, she even dared to bikini for a photoshoot, which can be called a bold move at that time.

After almost all films were beaten at the box office, Vimy announced that she was not doing films for money, she had a lot, which was reflected through her lifestyle and style statement.

It is said that the truth is often far from the eyes. Only Vimi knew the vortex in which his personal life was stuck. Unlike most of Bollywood’s beauties, when Vimi entered the industry, she was already married and the mother of two children. Vimi, a beautiful girl from a Punjabi Sikh family, broke up with her parents after falling in love with Shiv Agarwal, a Marwari businessman from Calcutta. When Vimi tied the knot with Shiva against the consent of her parents, she never got his blessings. Later on, he also started leaving his family with time.

Vimi found himself unemployed within 7 years in the industry as he could not do well in films. That film was living with a pimp who was exploiting her in every way. As his wealth dwindled, a life away from the glut of designer dresses and sports cars brought him closer to poverty, and Vimi was forced into prostitution.

To forget his sorrow in life, Vimi started drinking alcohol. Cheap and poisonous liquor. Because they didn’t have that much money anymore. His body began to become hollow due to excessive and continuous drinking. Gradually, his heart troubles made Vimi’s life miserable and at the age of 34, Vimi died.

Vimi, already lost in the world of oblivion, was not remembered by anyone from Bollywood in his last moments, nor was anyone saddened by his death. She died a pauper’s death in the general ward of Nanavati Hospital, and her body reached the cremation ground on a handcart, where no one to know her was present.

Share
Facebook
Twitter
Pinterest
WhatsApp
Html code here! Replace this with any non empty raw html code and that's it.
Previous articleFrom breakfast to dinner in the morning, this should be the meal plan of those who are busy throughout the day
Next articleIndiGrid Mar qtr net jumps 45% to Rs 99.80 cr
AUTO
Auto