HomeSportsVIDEO: Ben Stokes scored 34 runs in one over, completed a century...

VIDEO: Ben Stokes scored 34 runs in one over, completed a century in 64 balls 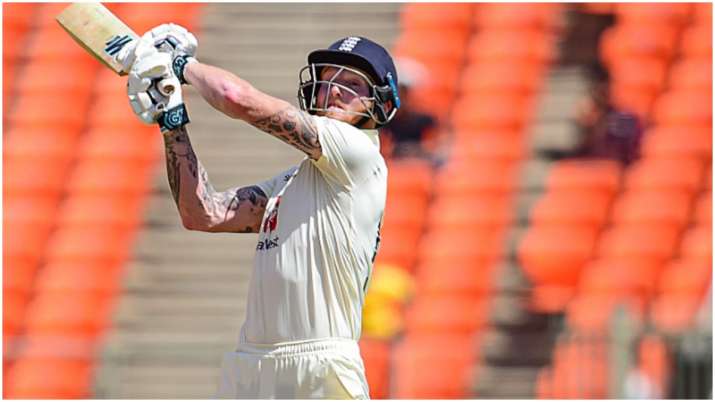 Ben Stokes Centuries Videos : Veteran cricketers from all over the world are currently busy playing IPL 2022. Meanwhile, England all-rounder Ben Stokes has created a ruckus. He played the first match after his return and batted in a swashbuckling fashion. He scored 34 runs in a single over. Ben Stokes hit five sixes in the first five balls of the over and hit a four off the last ball. In this way he scored 34 runs in one over. During this, he also completed his century in only 64 balls. In the middle of IPL 2022, this innings of Ben Stokes has created a stir in the cricket world. Immediately after doing this, Ben Stokes started trending on social media and everyone was seen discussing about him.

Ben Stokes has made a comeback in the county cricket being played in England. Today is the match between Durham and Worcestershire. Ben Stokes is playing for Durham in this match. Ben Stokes, who came to bat at number six, played carefully for some time and then attacked the bowlers of the opposing team strongly. By the time the 116th over of the match ended, Ben Stokes was playing 70 runs off 59 balls. But as soon as the 117th over started, Ben Stokes hit a six off the very first ball. After this, he hit a six on the second ball as well. And did the same on the third ball. Even after this, Ben Stokes did not stop and hit a six off the fourth ball as well. Ben Stokes also did the same fate of the fifth ball. Although he could not hit a six on the sixth ball, but still the ball went outside the boundary for four runs. By the time this over ended, Ben Stokes was unbeaten on 104 off 65 balls. After this, Ben Stokes hit two sixes in the last two balls of the next over as well. Ben Stokes has hit 15 sixes in his innings so far and is unbeaten. If Ben Stokes keeps playing like this, then maybe he can make some more records in this match.