HomeEntertainmentUsing the scene of 'Gangu Bai' cost the restaurant of Karachi heavy,...

Using the scene of ‘Gangu Bai’ cost the restaurant of Karachi heavy, social media getting gritty 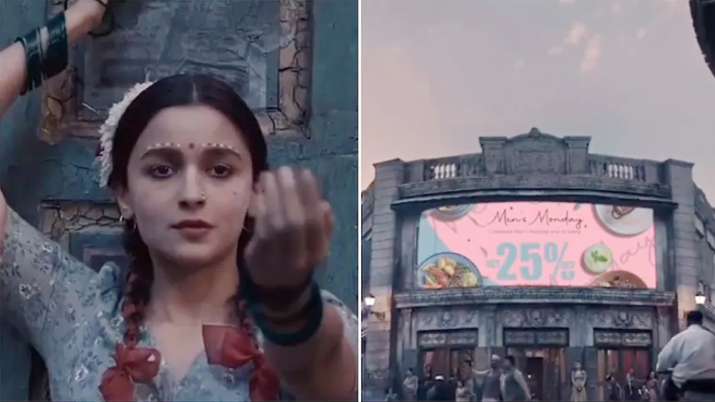 Pakistan: A popular restaurant in Pakistan’s largest city Karachi was using scenes from Alia Bhatt’s film ‘Gangu Bai’ to attract customers. When the matter reached the social media, tremendous trolling of the restaurant started. A Karachi restaurant called ‘Swings’ received a lot of flak for using a scene from the movie Gangu Bai.

Which scene of Gangu Bai was used

Actually, the film Gangu Bai is based on the real life of a sex worker who fights for the rights of women from her own community. Forced into prostitution after being dumped in Kamathipura, Mumbai, Gangu Bai tries her best to attract her first client. Its clip and dialogue “Aa ja na raja– kis baat ka kar raha hai tu intezaar” have been used in restaurants to attract customers on a ‘special day for men’.

The restaurant’s post read, “Swings is calling the king here. Come and enjoy 25 percent off on men’s special day Monday at Swings. The restaurant owner half-heartedly apologized after being hit hard on social media and being targeted by his customers, prompting further condemnation of ‘Swings’. People’s sentiments have been hurt by this act of the restaurant, which used the edited clip from Sanjay Leela Bhansali’s film as its marketing tactic as a promotional tactic on its social media page.

Social media was flooded with criticism for this modus operandi. Content creator Daniel Sheikh wrote on Facebook, “What is this? This is promoting sexual harassment of women and making fun of women who were forced to become prostitutes.” Another user wrote, “If you think this is some kind of marketing strategy and it will help you If you will get attention or customers, then unfortunately you are in misunderstanding. Using a clip from a movie about prostitution just shows how low and shallow you can be for propaganda.”