US Open lets Russian tennis players in after Wimbledon ban 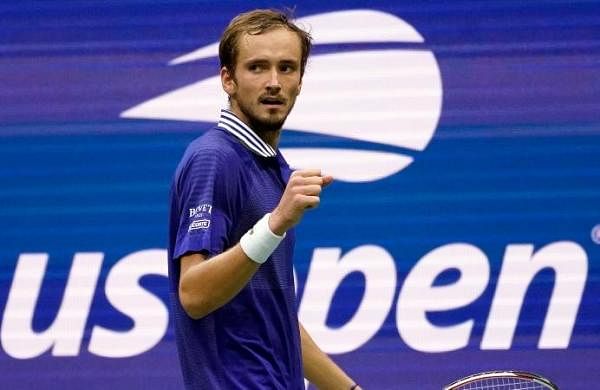 NEW YORK: The US Open will allow tennis players from Russia and Belarus to compete this year despite the ongoing war in Ukraine, which prompted Wimbledon to ban those athletes.

US Tennis Association CEO and Executive Director Lew Sherr, whose group runs the US Open, said in a telephone interview with The Associated Press on Tuesday that the USTA Board decided to let Russians and Belarusians enter the tournament because of “concern about holding the individual athletes accountable for the actions and decisions of their governments.”

Sherr said athletes from Russia and Belarus will play at Flushing Meadows under a neutral flag — an arrangement that’s been used at various tennis tournaments around the world, including the French Open, which ended June 5.

Since Russia began its attacks on Ukraine in February, Russian athletes have been prevented from taking part in many sports, including soccer’s World Cup qualifying playoffs. Belarus has aided Russia in the war.

Russia was also held out of two international team events in tennis in which it was the reigning champion: the Billie Jean King Cup and Davis Cup.

The All England Club, where main-draw play for Wimbledon starts on June 27, announced in April it would bar all Russians and Belarusians from its fields — which means current men’s No. 1, Russia’s Daniil Medvedev, is not eligible to participate. Medvedev is the defending champion at the US Open.

Wimbledon’s ban drew immediate criticism from the WTA and ATP, along with some prominent players, such as defending champion Novak Djokovic.

In May, the WTA and ATP said they would not award any ranking points for Wimbledon this year, an unprecedented rebuke of the All England Club. Some players, including four-time major champion and former No. 1 Naomi Osaka, said they would consider sitting out Wimbledon.

The ATP has said all points earned at Wimbledon in 2021 will fall off a player’s record and no new points will be earned there this year. The WTA has not decided exactly how last year’s ranking points from the All England Club will be treated, but no new points can be added based on how a player performs there this time.

“The WTA appreciates and supports (the USTA’s) decision, which reflects the fundamental principle that all players have an equal opportunity to compete based on merit and without discrimination,” WTA CEO Steve Simon said, adding that his tour looks forward to working with the USTA to provide “additional relief efforts for Ukraine.”

Sherr told the AP that what happened with Wimbledon — both the All England Club’s move to keep players from certain countries out and the tours’ reaction — played no role in the USTA’s choice to let Russian and Belarusian players in.

“Our discussion was really on the merits and really the principles around both sides of this argument. This was not a commercial versus an ethical question,” he said. “There are arguments on both sides. Are you being perceived as supporting atrocious acts by a government? And at the same time: Would you hold an individual athlete accountable for that?”

Sherr said the WTA and ATP professional tours organized a series of conversations with athletes from Ukraine, Russia and Belarus and various governing bodies in tennis, and that the heads of both tours addressed the USTA Board before its decision.

The USTA plans to offer additional financial assistance for humanitarian efforts in Ukraine and will use the US Open as a platform to raise awareness about the war.

“This is a horrific situation and we, along with everyone else in tennis, absolutely condemn what is an unprovoked and unjust invasion of Ukraine by Russia, and everything is framed in that context,” Sherr said. “As difficult as some of these decisions may be, none of it amounts to the difficulties being experienced in Ukraine right now, and the tragedies and atrocities.”