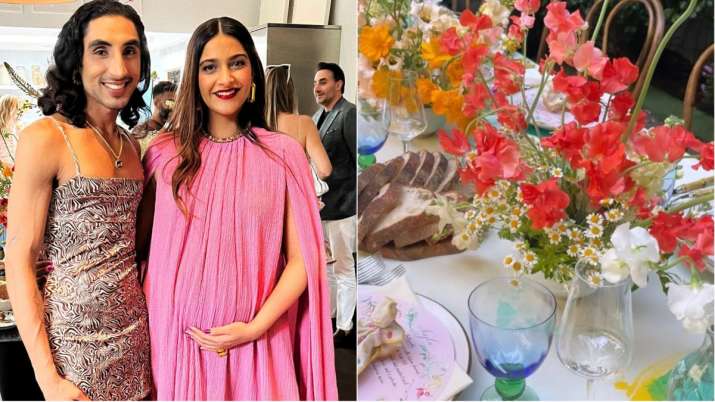 Sonam Kapoor’s Baby Shower: Bollywood actress Sonam Kapoor is going to become a mother soon. The actress is also enjoying her pregnancy period a lot. Sonam often posts pictures of her maternity shoot on social media, which fans also like a lot.

The actress is currently in London with husband Anand Ahuja, where she hosted a baby shower party. In which many guests including his sister Riya Kapoor attended.

Now the pictures of this baby shower are going viral on the internet. In these pictures, along with great food, great gifts and greetings are seen. 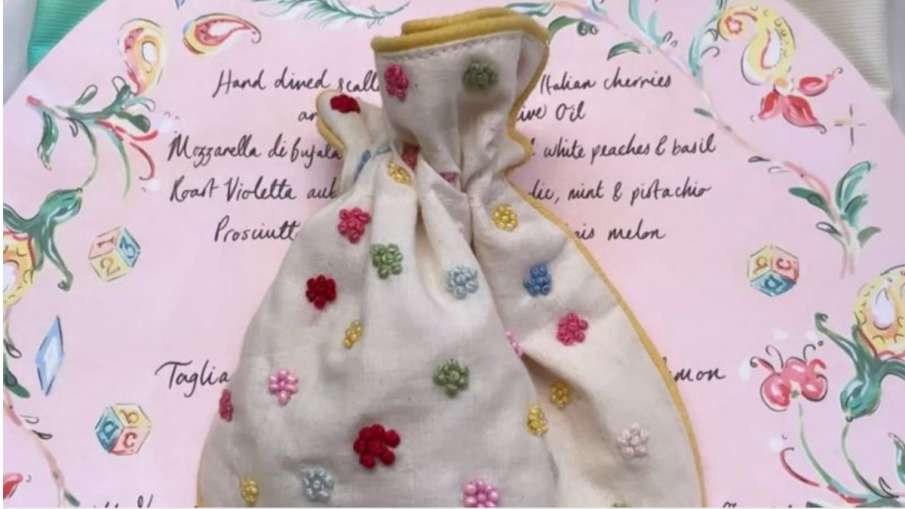 For this special day, Sonam looked stunning in a pink dress and paired it with golden earrings. The pregnancy glow is clearly visible on her face.

Rhea Kapoor shared a picture of the party on Instagram Stories and wrote, ‘Such a beautiful baby shower.’ In the picture you can see that Sonam Kapoor’s name is written on the hand-painted tablecloth next to the guest’s menu.

Apart from this, in other pictures, the table is seen full of sweets, snacks and cakes. The guests at the party were also given an ivory bag and a neckpiece bearing the name of the actress.

Artist Leo Kalyan also performed on this special occasion. Leo also shared beautiful pictures from the baby shower. He not only posed for her but also sang Masakali and Woman songs at the party. Sharing the post, Leo wrote – ‘A Spice Girl in Bollywood. I just performed at Sonam Kapoor’s baby shower What is life?’ 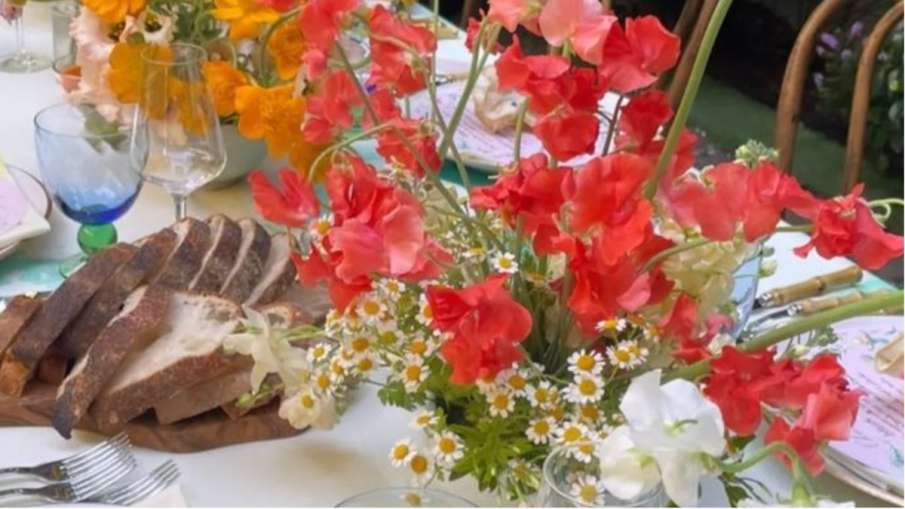 Let us tell you that Sonam and Anand tied the knot in May 2018. The couple announced their pregnancy in March this year with pictures from their maternity photoshoot.