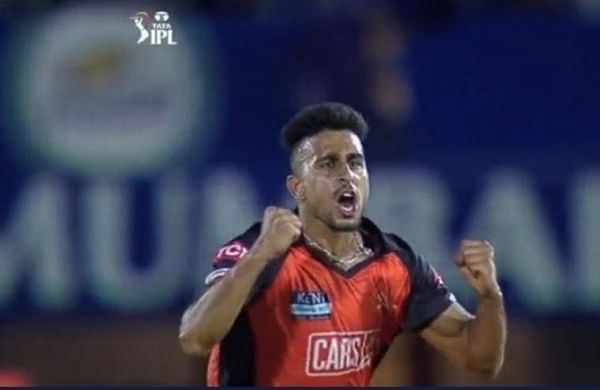 CHENNAI: Every time he took the field for Sunrisers Hyderabad in the ongoing Indian Premier League, Jammu pacer Umran Malik has done one thing consistently — delivering the fastest delivery of the match. It all started with Hyderabad’s first league game against Rajasthan Royals on March 29 and continued till the 2016 champions’ final game against Punjab Kings on Sunday.

Bowling consistently at such a brisk pace is no mean feat. The achievement gains greater significance when a rookie, who made his T20 debut for his state team only a year ago, accomplishes it and that too in presence of his more famed contemporaries from across the globe.

Speed ​​has always been his strength ever since he started playing cricket. And quite expectedly, the 22-year-old Umran on Sunday rode on his raw pace to get a maiden India call-up for the upcoming five-match T20I home series against South Africa starting June 9. “Umran was quick when he came to meet Rajan sir (Randhir Singh Manhas) at the Maulana Azad Stadium in Jammu’s Nawabad in 2017,” recalled Ram Dayal, the senior J&K medium pacer, who also trains at the facility.

“As he used to bowl with a tennis ball, his run up was short back then but the speed was always there. Now with the leather ball, both his run up and speed have gone up. I have seen him progressing fast as we spent quite some time together ever since he made his first-class debut in November last year. He immensely after he joined the SRH camp first as a net bowler and then as a team member,” added Dayal.

After being retained by the Hyderabad franchise for this season, Umran came back to the Jammu facility to hone his skills further. It was there he met Abdul Qayoom, the former J&K Ranji team captain and coach. “He saw me there at the nets and requested to spare some time for him. I was there for around a couple of days and during my stay, he was always there asking questions,” said Qayoom, who is now a member of the cricket advisory committee of J&K Cricket Association (JKCA) constituted last year.

The 55-year-old veteran cricketer, who had played 47 first-class matches for J&K, feels Umran’s grasping power puts him apart from other cricketers from the region. “He is a quick learner. During my interaction, he sought a few bowling tips and what amazed me was the fact that he managed to learn every trick within a span of a few deliveries. When we met, it was quite hot out there but he didn’t stop. This hard work will take him to a distance,” added Qayoom.

The India call-up was expected but Qayoom, like a few other former cricketers including Kevin Pietersen, believes Umran will be more lethal in the longest format of the game. “In the T20 format, you can be thrashed as batsmen are always looking for runs. Given his skills and the raw pace he generates, he can be fearsome in Tests. He can demolish the top-order of any international side,” signed off Qayoom.

The Indian call-up has given everyone, who was expecting it, a reason to celebrate but no one can be as jubilant as Umran’s father Abdul Rashid. “I cannot express my feelings. I thank everyone who supported him and prayed for him. The whole nation is behind him and this will help succeed at the biggest stage,” said the proud father.