HomeEntertainmentTV's famous daughter-in-law Shivangi Joshi had to face the shock of the...

TV’s famous daughter-in-law Shivangi Joshi had to face the shock of the current, she will scream after watching the video 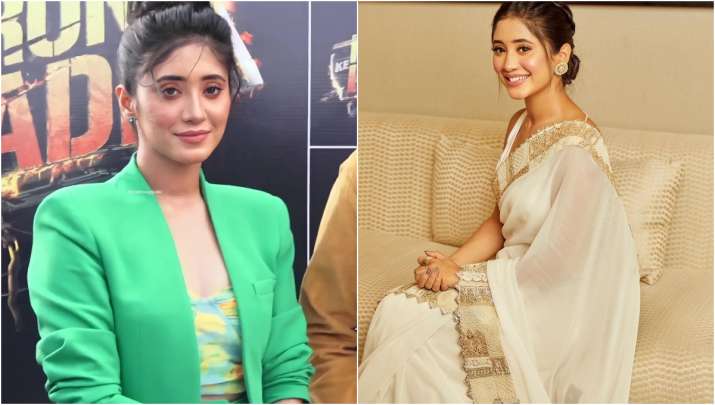 Khatron ke khiladi 12: TV’s famous daughter-in-law Shivangi Joshi had to face the shock of the current, she will scream after watching the video

People are eagerly waiting for Rohit Shetty’s stunt show ‘Khatron Ke Khiladi’. Khatron Ke Khiladi 12 is going to knock on TV from 2nd July. The shooting of the show is going on in full swing in Cape Town, South Africa. Many promos of KKK12 are also being shared on social media, after seeing which the curiosity of the fans is increasing. In ‘Khatron Ke Khiladi 12’, many TV celebs like Aarti Singh, Prateek Sahajpal, Nishant Bhatt, Rajeev Adatia, Tushar Kalia, Pavitra Punia, Urvashi Dholakia, Erica Fernandes and Paras Chhabra are going to be seen doing dangerous stunts as contestants.

Shivangi’s promo video is being liked a lot ,

While performing the stunts, Shivangi sometimes gets strong shocks of current and her screams come out.

But Shivangi does not give up and performs difficult stunts with full courage. This video is covered on social media.