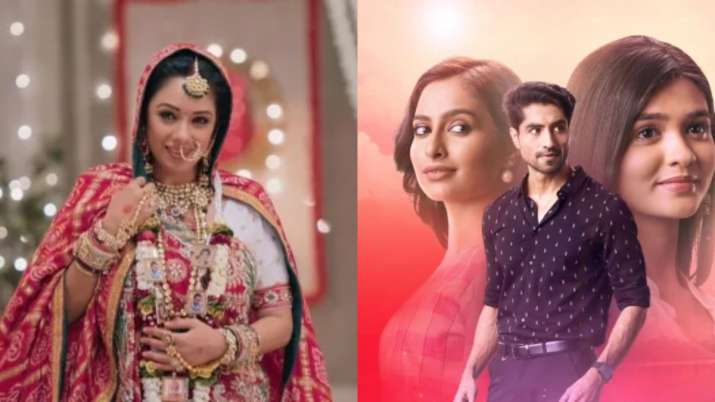 TV TRP List: This week’s online TRP list has been released by Ormax Media. Like every time, this time again Star Plus’s famous serial show ‘Anupama’ has retained its first position in the list while ‘Rishta Kya Kehlata Hai’ has captured the second position. Apart from this, many shows have made their place in the top 5 this week. Let’s take a look at which shows have won the hearts of the audience this week and which shows are included in the top 5.

Like every time, this time also Rupali Ganguly starrer and Gaurav Khanna show ‘Anupama’ remains at number one. Anuj Kapadia and Anupama’s wedding is keeping the audience hooked to the show.

Pranali Rathod and Harshad Chopra starrer ‘Yeh Rishta Kya Kehlata Hai’ has occupied the number 2 position this time. Akshara and Abhimanyu’s marriage made a lot of headlines in the show.

Ekta Kapoor’s show Naagin 6 has secured the third position in the rating list this time.

Star Bharat’s show ‘Woh To Hai Albela’ is at the fourth position this week. Viewers are very fond of Shaheer Sheikh and Hiba Nawab starrer show.

This time Kundali Bhagya has also made its place in the list of TRP. This show of Zee TV has got 5th position in the list.