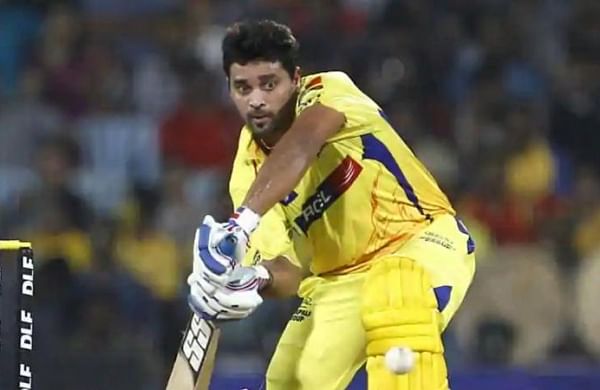 The sixth edition of the Tamil Nadu Premier League (TNPL) will begin on June 23 at the India Cements Sankar Nagar grounds, Tirunelveli.

TNCA secretary RS Ramasaamy informed that Salem and Coimbatore will be the new venues to host the TNPL, while Chepauk will not have matches due to the renovation work.

The T20 league got a big boost with star batsman Murali Vijay announcing that he will be representing Ruby Trichy Warriors this season.

In the last year or so, the seasoned pro did not play for Tamil Nadu as well as any other league games because he was not vaccinated.

Having been vaccinated now, he is filled with a hunger to make a mark for Trichy.

He lauded the TNCA for its initiative in organizing the league and insisted that it has helped cricketers from the state climb the ladder.

“Since the T20 format started (2006-2007 season at the national level), we (Tamil Nadu team) are the first champions. TNPL is a gift for Tamil Nadu players. The TNPL has helped youngsters a lot, six to seven players are playing in the IPL and some have played for India,” said Vijay, welcoming Giggr as a sponsor at a function organized by the TNCA.

The former India opening batsman insisted that he took a personal break and is happy to be back in action. Vijay also said that he is fit and will play as long as possible.

“I am coming back now. This season, I am playing the TNPL. I am going to play cricket for as long as possible. Just took a personal break, I have a young family and got to take care of them. I am enjoying cricket, feeling fit and hopefully I can do my best for my team,” insisted the Monk as he affectionately called.

Vijay, who made his Test debut for India at Nagpur against Australia in 2008, has had a long-cherished career where he has played 61 Tests for the country and scored 3982 runs with 12 hundreds.

He has had several injuries in the past and making a comeback is not a new scenario for him. But the Covid phase was one of the big setbacks for him as he did not play any cricket at any level for more than a year.

“It (lockdown and not playing) was difficult for me personally because I wanted to play the game. I had two injuries and was really going through the tough phase. So just I wanted to slow it down and see where I am standing, I wanted to reflect on myself. And that’s why the break was required and needed at that particular time. Luckily, the TNCA have understood it and they have given me this beautiful platform (TNPL) to come back and play.”

Most of the members of the team were present at the launch. Madurai captain NS Chaturved unveiled the jersey.

The MRC A player insisted that preparations for the tournament were in full swing.

Chaturved believes that his team has the right balance in both batting and bowling.

He was pleased with the variety in his team’s attack, which is spearheaded by India player Varun Chakravarthy.