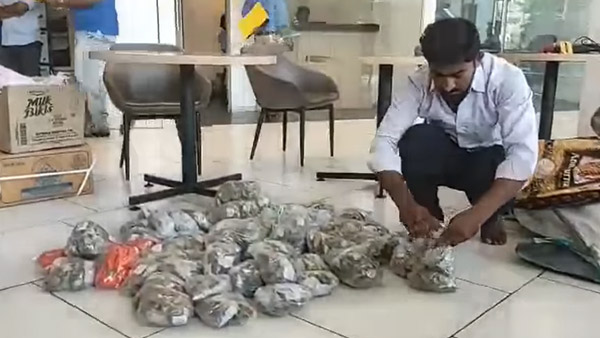 Now a new case has come to light from Tamil Nadu, where a person has bought a car with coins of Rs 10 each. This man from Tamil Nadu collected Rs 6 lakh in Rs 10 coins in a month to buy a car. You must be surprised to hear this too, but it is true.

The dealership employees were also surprised to see the coins of 10-10 denominations. Employees of a car dealership in Dharmapuri were waiting for a sack full of surprises when a man named Vetrivel entered the showroom carrying sacks filled with 60,000 coins of Rs 10 each.

But finally the question arises that why did that person do this? In response to this question, the person named Vetrivel said that his mother runs a shop and on several occasions customers refused to accept his coins of Rs 10 each.

He said that no one is ready to accept coins. Even banks do not accept coins, given the fact that they do not have many people to count coins. He believes that the bank policy of not accepting coins is arbitrary.

This is because as per any official guidelines no financial institution is permitted to do so. He said that “when the RBI has not said that the coins are worthless, why are banks not accepting them? Even after complaining, no action is taken.”

Frustrated by the collective neglect of people and institutions, he decided to make people aware. To spread awareness about this problem, Vetrivel collected 10 coins worth Rs 6 lakh in about a month to buy a car.

Initially the car dealership in Dharmapuri was hesitant to go ahead with the transaction, but seeing Vetrivel’s determination, they agreed to go ahead with the deal. Vetrivel then along with his relatives took sacks of Rs 10 coins to the dealership, got them all counted and then handed over the keys to the new Maruti Suzuki Eeco.