HomeAutoThese great bikes are going to be launched in June 2022, will...

These great bikes are going to be launched in June 2022, will be equipped with a strong engine – News 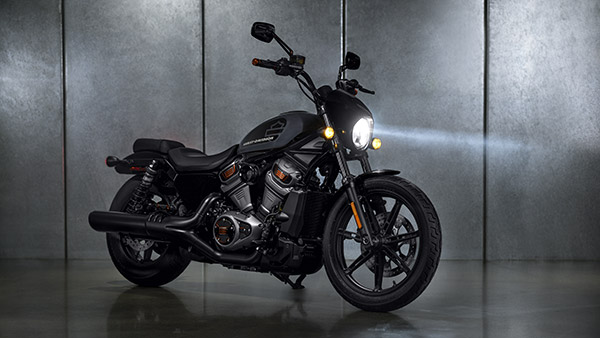 After launching the new N250 and F250 bikes in the Pulsar lineup, Bajaj is all set to launch the new Pulsar N160 soon. The body styling of the Pulsar N160 will be based on the N250. From the headlight unit to the new mono-LED projector headlamps with LED DRLs and Infinity Display, all the designs will be similar to the N250. This bike will be a smaller version of the N250. After this, the company will also launch the updated model of Pulsar 150.

Royal Enfield is working on expanding its J-Platform portfolio. Currently, the Meteor 350 and Classic 350 are being built on this design platform. Now the Indian bike maker is all set to launch a new sporty looking roadster bike named the Hunter 350 by the end of June.

The Hunter 350 will be powered by the same 349cc engine that develops 20 bhp of power and 27 Nm of torque. The motorcycle will be equipped with dual-channel ABS and a twin-pod instrument cluster with tripper navigation assist, which is also available with the Meteor 350. The price of this bike can be between Rs. 2-2.25 lakh (ex-showroom).

TVS showcased the Zeppelin cruiser at the 2018 Auto Expo. The manufacturers have really kept the development of this motorcycle a secret. Four years after it debuted, TVS Zeppelin has a strong chance of being launched this month. When launched, it will be the first motorcycle of its kind that will come with a 223cc engine with mild-hybrid technology.

American motorcycle manufacturer Harley-Davidson can launch its new cruiser bike by the end of this month. The Nightster will be powered by an all-new 975cc liquid-cooled 60-degree V-twin engine that produces 90 Bhp of power and 95 Nm of torque. Variable valve timing technology has been used in the bike for better mileage and less vibration.

As claimed, the Nightster will be the lightest motorcycle in Harley-Davidson’s line-up. The motorcycle will be brought to India on the CBU route i.e. as a completely built unit. In India, this bike can be launched at a premium price of around Rs 14.50 lakh.

Share
Facebook
Twitter
Pinterest
WhatsApp
Html code here! Replace this with any non empty raw html code and that's it.
Previous articleThere may be a big fall in the prices of cotton, what are the main reasons – News
Next articleAkshay Kumar calls ‘Samrat Prithviraj’ his legacy project
AUTO
Auto