HomeAutoThe problem of charging electric vehicles in Delhi will be overcome, 100...

The problem of charging electric vehicles in Delhi will be overcome, 100 charging stations will open soon – News 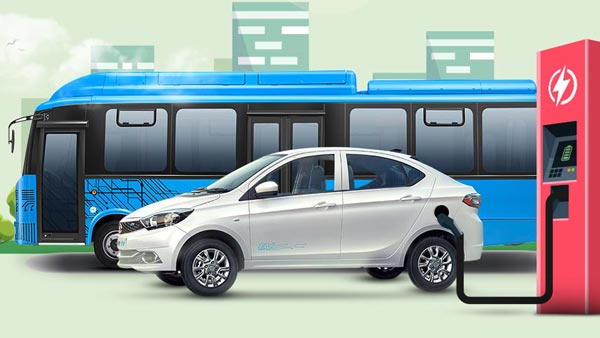 Let us tell you that most of the charging stations are located near metro stations, railway stations, bus stands, parks or shopping complexes. This will facilitate the people coming to these places to charge their electric vehicles. The Delhi government is running all the charging stations on a public-private partnership model.

Under this model, the Delhi government is providing land and electricity connection to the company, while the company is managing the infrastructure and labor for the charging station. Explain that as per the Electric Vehicle Policy of the Delhi Government, the government has planned to provide a charging station every three kilometers.

As per the official figures of the Delhi government, currently there are 597 charging stations, 825 charging points and 165 battery swapping stations available in Delhi. The Delhi government has set a target of 25 percent e-vehicle registration in all new vehicles by 2024. At present, 12 percent of the total vehicles in Delhi are electric vehicles.

The Delhi government had implemented the Electric Vehicle Policy in the territory in August 2020. Under this policy, a maximum subsidy of Rs 30,000 is being given on the purchase of electric two-wheelers, autorickshaws, e-rickshaws, and goods trains in Delhi, while a subsidy of up to Rs 1.5 lakh can be availed on the purchase of an electric car. Is. Apart from this, electric vehicles have been completely exempted from registration fee.

The Delhi government has announced a 5 percent discount on the interest rate of electric vehicles. Its benefit will be given to e-rickshaws, three wheelers and electric vehicles carrying light goods in Delhi. In a statement, the Transport Department of Delhi said that five per cent interest subvention on loans for purchase of special category electric vehicles will be available on the basis of purchase incentive of Rs 30,000 and Rs 7,500 as scrap incentive under the Delhi EV Policy. will be additional.

Through this scheme, electric three wheelers and electric light commercial vehicles will be able to get an additional benefit of up to Rs 25,000. Delhi Environment Minister Kailash Gahlot said that this would not only benefit individual buyers but also e-rickshaw drivers, grocery deliverymen and e-commerce vehicles.

Share
Facebook
Twitter
Pinterest
WhatsApp
Html code here! Replace this with any non empty raw html code and that's it.
Previous articleIn less power, this short AC will make the house as cool as Kashmir! As soon as you turn it on – News
Next articleBest Mid Range 5G Smartphones 2022 – News
AUTO
Auto