The poster of the third song of ‘Lal Singh Chaddha’ ‘Phir Na Aisi Raat Aayegi’ is out, the song will be released on June 21 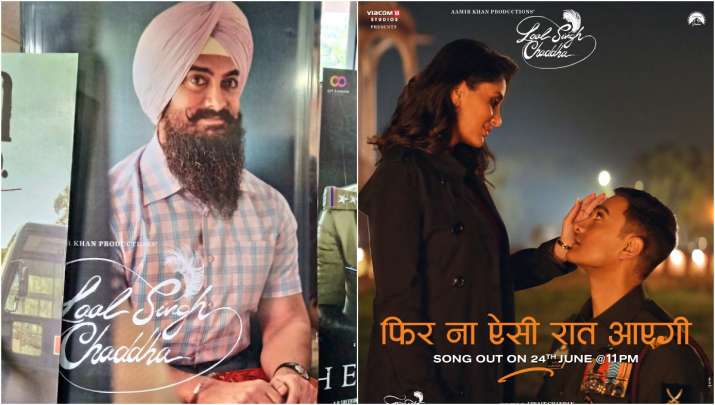 The makers want to maintain the buzz among the audience before the release of the film. Meanwhile, now Aamir Khan Productions has shared the poster of the third song of the film through a tweet. The name of this song is ‘Phir Na Aisi Raat Aayegi’. Aamir and Kareena Kapoor Khan are seen together in the poster of this song.

The poster depicts the beautiful relationship of Lal and Roopa. Aamir is seen sitting on his knees and holding Kareena’s hand. Along with this, the fans have also been informed about the release date of the song and the question has also been asked to guess who has sung it. The song will be released on June 21.

After a long time, Aamir Khan’s film ‘Lal Singh Chaddha’ is going to be released. This film of Aamir will knock on the box office on the occasion of Raksha Bandhan i.e. on 11th August 2022. Let us tell you that Aamir Khan and Kareena Kapoor Khan starrer film Lal Singh Chaddha is a remake of Hollywood film The Forest Grump. The trailer of the film has been liked by the audience and its release is also being eagerly awaited.