HomeEntertainmentThe experiences of Partition are beyond horror

The experiences of Partition are beyond horror 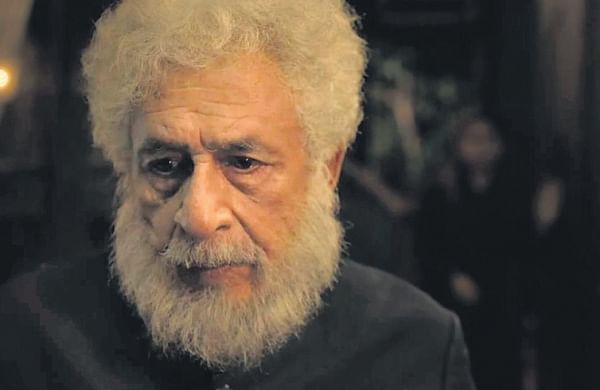 Busy as he is, at 71, Naseeruddin Shah has always made time for short films. Of late, in fact, you can see him in two of them: as a gentle, Cantonese-speaking Sardar in Mumbai Dragon, Vishal Bhardwaj’s segment in Modern Love Mumbai, and as Husyn, an old, visually-impaired artist in The Miniaturist of Junagadh.

Released by Large Short Films on YouTube, the latter is especially moving. Director Kaushal Oza adapts a German short story (The Invisible Collection, by Stefan Zweig) to the setting of 1947, India. Husyn, in the aftermath of Partition, has to sell off his ancestral home and migrate, unwillingly, to Karachi. The new owner of the house, a brusque and impatient man named Kishorilal, tries to rush them out. However, upon realizing Husyn might have expensive artworks in his possession, he plays a last scheme. “I thought it’s a wonderful adaptation,” Naseer says. “Though the story was likely written before, it has an eerie parallel with the German occupation of France and Italy when they tried to steal all the great artworks.”

In The Miniaturist, a twist comes when Noor, Husyn’s daughter played by Rasika Dugal, confides in Kishorilal, telling him that they’ve been secretly selling off her father’s miniatures to survive through the riots. Rasika, who’s been in Partition-era films like Manto and Qissa, had liked Kaushal’s script, but was more thrilled to work with Naseer, who’d taught her during her FTII days. “He had told us something interesting at the institute that came up on set,” Rasika recalls. “He had said, ‘You can only truly listen to your co-star if you learn up their lines.” Expectedly, when Naseer asked her on the first day if she knew her lines, Rasika responded: “I know yours too.”

Naseer looks back with some detachment at his teaching days. While he remembers being ‘very sure’ of his technique (“It was a completely different way of looking at the acting process,” Rasika confirms), he had misgivings about the students’ motivations. “I was struggling to find the balance between teaching these kids how to act in Hindi commercial movies and learn the nuts and bolts of acting at the same time. It’s not possible.”

‘The experiences of Partition are beyond horror’

Guru–shishya connections aside, the actors had personal resonance with The Miniaturist. Naseer was born in 1949-1950 in Barabanki near Lucknow. As he recounts in his book, And Then One Day, his father, a government servant, had opted to stay back, even as his uncles and relatives migrated across the border, leaving behind homes and livelihoods. “The leaving part is what I’ve always felt strongly about,” Naseer says. “It’s difficult to imagine what people from either side had to go through. It’s beyond horror.”

Rasika’s family, meanwhile, had moved from Burma to Rawalpindi during World War II (they returned when it was safe to go back, after 1946). She grew up hearing stories of displacement and loss, though often told in that matter-of-fact way reserved for children. “My mother was 16 when she left Burma. Much later I found a photograph of her with a friend. She told me the friend lived across the lake, and she couldn’t say goodbye to her when she left.”

A similar loss prompted The Miniaturist. The film was shot in director Kaushal Oza’s own ancestral home in Mumbai (it was pulled down some years ago). Though it’s worth discovering on your own, the film’s ending strikes a chord. Kishorilal, who begins the film by deriding a Muslim tongawala as ‘Aurangzeb ki aulaad’, finds in him the humanity to do right by Husyn. It’s particularly resonant in the present climate of Mandir-Masjid disputes and a larger renegotiation with India’s Mughal history.

“If things continue going this way, there will be six hundred years of our history where nothing happened,” Naseer says of the ongoing mood in the country. “It’s kind of sad. Why not change the name Hindustan as well? It’s a Farsi word meaning land of the Sindhu river.”

In a lighter vein, we ask Naseer if he bothers to watch television news at all. A resounding ‘no’ comes as the answer. “What’s good in getting one’s blood pressure up?” Instead, he’s taken lately to MUBI, watching classics of the world and contemporary Indian cinema in his downtime. “I watched the John Huston film Moulin Rouge (1952) and also Fahim Irshad’s Aani Mani (2019). It’s a wonderful small-budget film about the beef ban in UP which no one seems to have seen.”