HomeAutoThe company has made MG Astor expensive, know how much MG Motor...

The company has made MG Astor expensive, know how much MG Motor has increased the price – News 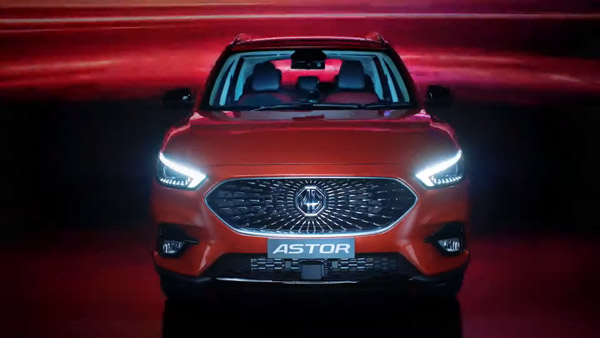 MG Astor is being sold in nine variants and five color options. This is the fifth model of MG Motor in India. MG Astor is equipped with features like Artificial Intelligence (AI) technology and Advanced Driver Assistance (ADAS). It is offered only in petrol engine options.

It is powered by the first 1.3 liter turbo petrol and the second 1.5 liter naturally aspirated petrol engine. Its turbo petrol engine provides 138 bhp power and 220 Newton meter torque. This engine comes with a 6 speed automatic gearbox.

On the other hand, its naturally aspirated petrol engine produces 108 bhp of power and 144 Nm of torque. The option of 6-speed manual and 8-speed CVT gearbox is available with this engine. MG Astor’s personal AI assistant is quite special.

It is a small robot that is mounted on the dashboard inside the cabin. A small screen has been given on this robot which shows the expression of the robot. It recognizes the driver through voice and works on voice commands.

This AI system provides information and news from around the world based on Wikipedia, while also entertaining the people sitting inside the car. This AI system of MG Astor has been prepared by Star Design of America, which is famous for making AI related products.

The company has also used Advanced Driver Assistance System ie ADAS technology in MG Astor. The ADAS system is a radar technology that alerts the driver of the dangers on the road. MG is also using this technology in the MG Gloster SUV.

Apart from this, the company has also used Autonomous Level-2 technology in MG Astor, which is not yet available in any other car in this segment in the Indian market.