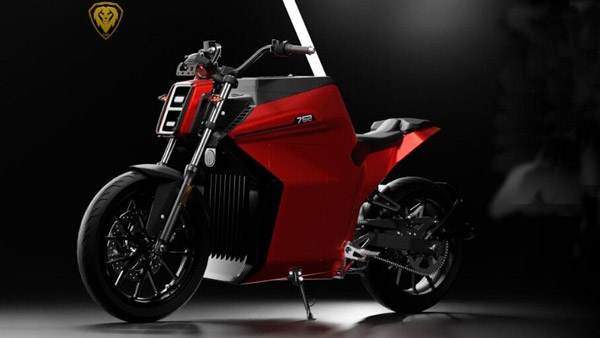 The Switch CSR 762 is the only high-speed electric bike capable of reaching a speed of 120 km/h. It can be driven up to 120 km on a full charge. Multiple drive modes have been given in this bike, according to which the range can change. The curb weight of the bike is 155 kg, while it can lift a load of 200 kg. It has a wheelbase of 1,430 mm and a seat height of 780 mm.

Many modern features will be available

The Switch CSR 762 electric bike is equipped with many advanced features. Features like antitheft alarm, side stand sensor, Bluetooth connectivity, navigation, TFT digital touchscreen, cruise control have been provided in this bike. All the lighting in the bike is in LED. For safety, it also has dual channel ABS with dual disc brakes.

Switch MotoCorp’s bike has a 3kW electric motor. It produces 10kW of power at 1300 rpm. It is fitted with a PMSM motor that comes with a central drive support system. The bike comes with a 3.7kWh Lithium Ion swap battery, which can be charged remotely.

The company claims that the bike has been designed on a new and robust chassis which gives it better control and makes the design sporty. It is a modern electric bike that will inspire people to leave petrol bikes and adopt electric vehicles.

These bikes will compete

The Svitch CSR 762 electric bike can compete with the Tork Kratos and Pure Etryst 350. Both these bikes give a range of 120 km and 140 km respectively on a full charge. Apart from this, their battery, motor power and features are also almost identical.

Switch MotoCorp is working on strengthening its dealership network in India. At present, the company operates more than 15 dealerships across the country and may add more dealerships in some new cities in the coming times.

Share
Facebook
Twitter
Pinterest
WhatsApp
Html code here! Replace this with any non empty raw html code and that's it.
Previous article2 out of every 5 people are dying due to this infection, know what are the symptoms of nose-bleed fever
Next articleFacebook’s Parent Company To Change Stock Ticker To META On June 9 | Science & Tech
AUTO
Auto