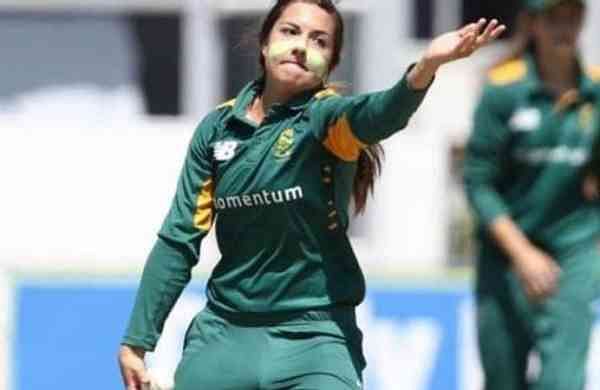 Luus impressed with figures of 3/16 against Ireland in the opening match of the three-game ODI series last week and that saw the 26-year-old jump sharply on the bowler and all-rounder rankings.

The South Africa skipper rose seven spots to 39th overall on the bowler rankings, while she also jumped two places to equal 13th on the all-rounder list.

Team-mate Shabnim Ismail also took three wickets in that match against Ireland, but the veteran still remains in second place behind England spinner Sophie Ecclestone on the rankings for bowlers.

There wasn’t much change in the ODI batting rankings, although the failure by Laura Wolvaardt against Ireland saw the South Africa opener drop one spot to fifth behind Australia’s Alyssa Healy.

Her place in the top four was taken by Australia captain Meg Lanning, meaning the reigning ICC Women’s Cricket World Cup champions now have three of the top four ODI batters in the world.

A pair of South Africans made the biggest move on the latest T20I rankings for bowlers, with pacer Tumi Sekhukhune and spinner Nonkululeko Mlaba rising to career-best ratings following the three-game series against Ireland.

Sekhukhune picked up three wickets in the final game and a total of eight scalps for the series and was rewarded by jumping two places to 25th on the bowler rankings.

Mlaba took an economical 2/15 in that final match against Ireland and that helped the left-armer rise a whopping 13 places to 42nd behind first-placed Ecclestone.

Wolvaardt rose one place to 20th on the batter rankings, while Ireland young gun Gaby Lewis also jumped a spot to 22nd overall.