HomeEntertainmentSinger KK Passes Away: Tomorrow's magician KK will be given a final...

Singer KK Passes Away: Tomorrow’s magician KK will be given a final farewell, the famous singer lost his way 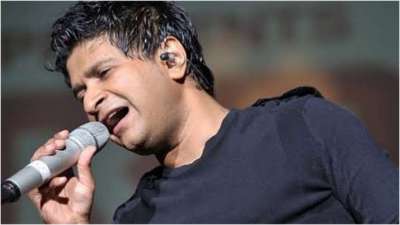 Singer KK final farewell: The magician of music KK will be given a final farewell today. He will be cremated today in Andheri Versova, Mumbai. Singer KK’s last darshan can be done at Park Plaza, Versova. The entire nation is in shock due to the demise of singer and composer Krishnakumar Kunnath i.e. KK. The 53-year-old singer passed away after a live performance in Kolkata. Singer KK was performing live during a function in Kolkata on Tuesday evening. It is being told that he was not feeling comfortable during the live performance. As soon as he entered his room after reaching the hotel, he had fallen on the bed. He was then taken to the hospital, where doctors declared him brought dead. His passing like this disappointed the whole country.

After completing the show as scheduled, he returned to his hotel in central Kolkata. After that he started feeling restless again. He was taken to the hospital, where he was declared brought dead. According to eyewitnesses and the show’s organizers, the singer was feeling uneasy during the event as well. One of the organizers said that he was constantly requesting to turn off the spotlight and at intervals he was going backstage to rest. However, not once did he express his desire to leave the show midway.

Also asked to turn off the AC of the car

KK’s manager Ritesh Bhat said that as soon as he got into his car after completing the show, he complained of mild uneasiness. Bhat told media persons that KK said that he felt cramps in his legs. He also asked me to turn off the AC of the car.

Not only the stars of the film industry but also sports and political figures have expressed grief over KK’s departure. Many stars including Prime Minister Narendra Modi, Rahul Gandhi, Akshay Kumar, Ajay Devgan have condoled KK’s departure.