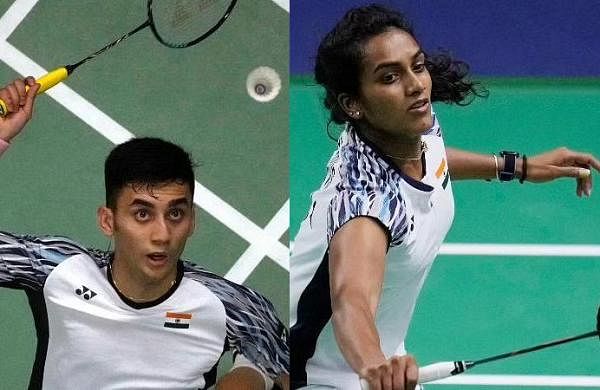 In other results, Aakarshi Kashyap went down 12-21 11-21 to USA’s Beiwen Zhang in under 30 minutes to bow out of the competition.

The mixed pairing of Ishaan Bhatnagar and Tanisha Crasto produced a gallant fight before losing 14-21 21-16 12-21 to fourth seeds Praveen Jordan and Melati Daeva Oktavianti of Indonesia in an opening round match.

Sindhu, a former world champion, came into the match with a 3-0 head-to-head record against Line but she blew a 11-9 advantage to lose the opening game, primarily due to her unforced errors.

In the second game too, Sindhu squandered a 3-0 lead but Line too couldn’t grab the opportunity.

The Danish world number 22 played some superb cross-court smashes but errors put paid to her hopes.

She missed the lines far too many times and also found the nets a lot to undo all her good work.

A wide shot from Sindhu helped Line to grab a slender 11-10 lead but she again went long as the Indian established a three-point cushion and extended it to 17-12 after an enthralling rally.

Sindhu kept things tight and eventually roared back into the contest after wasting three game points.

In the decider, Line was 4-1 up but it went up in smoke, partially due to her unforced errors.

Sindhu too tightened the screws as she kept a grip on the rallies to move to 11-7 at the final break.

Sindhu kept pushing the shuttle at the baseline and didn’t allow her rival to come near the net.

Ultimately the Indian moved to 11 match points with a precise return at the back and sealed it when the line went to net again.