HomeSportsShahid Afridi hit back at Danis Kaneria, made this serious allegation

Shahid Afridi hit back at Danis Kaneria, made this serious allegation 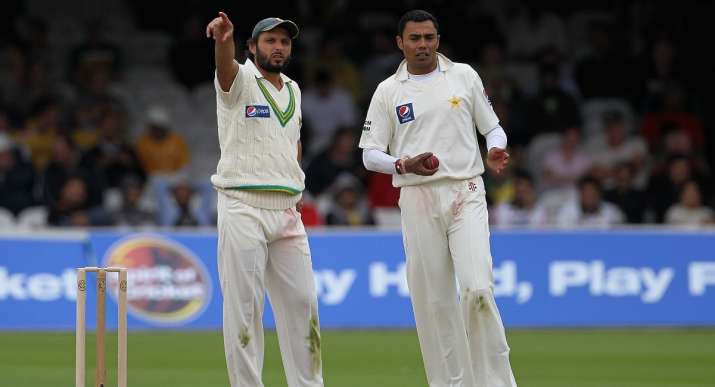 Players in Pakistan cricket team often remain in the headlines due to their outspoken statements. One such player has been Danis Kaneria who has made serious allegations against his fellow players many times. Especially he has been in the center of discussion many times with his controversial statement about Shahid Afridi, but this time Afridi has made serious allegations against Danis.

Afridi has now given a befitting reply to Danis’s allegation and said that he has always been trying to humiliate me even though I treated him like a brother. I always supported him.

Also read- A total of 12 foreign women cricketers including Heather Knight, Ecclestone and Wolvaert will take part in the Women’s T20 Challenge.

Afridi said, Kaneria has leveled all these allegations against me just to earn cheap fame and money. If I used to treat her badly then why did she not complain to the Pakistan Cricket Board at that time itself. Everyone knows what Danis is like and what he has done.

He said, “Kaneria had done spot-fixing in England and was convicted there. He is giving interviews to our rival country (India) and provoking religious sentiments.

Let us tell you that when Danis Kaneria accused Shahid Afridi when Shoaib Akhtar, the former player of the team at that time also supported him and admitted that there was discrimination against Danis in dressing. However, he later retracted from his statement and did not put any concrete side on it.

Also read- MI vs GT: Hardik Pandya made this big mistake, it will be heavy in front of Rohit Sharma

Let us tell you that Kaneria has been one of the most successful spin bowler of Pakistan but due to spot-fixing he has been banned for life time.

Danis Kaneria has told in many of his interviews that Shahid Afridi used to misbehave with him in the dressing room. In his allegation, Danis had said that both Afridi and I were players of the same department. That’s why he would keep me on the bench. I didn’t get a chance in the playing XI. Apart from Afridi, Danis did not blame any other player in the team of misbehavior.

Also read- IPL 2022 Points Table: These 2 teams are close to playoff, these 4 teams are in trouble

Apart from this, he also accused former captain Shahid Afridi that he believes in Hinduism but he was pressured to convert to Islam. During that time senior players like Inzamam-ul-Haq, Shoaib Akhtar, Moin Khan, Rashid Latif and Younis Khan were included in the team in the Pakistani team. However, Danis did not level any allegations against him.