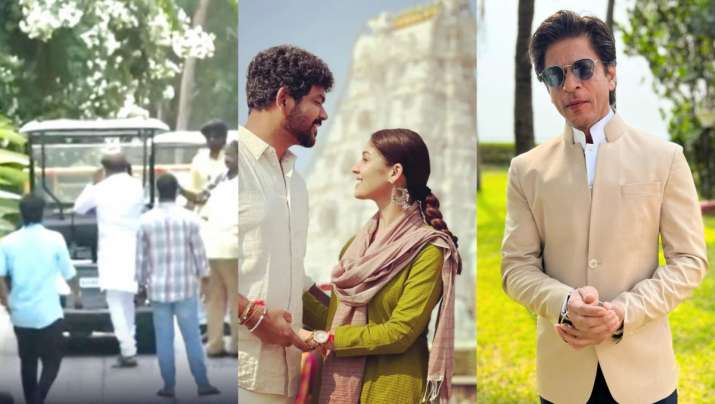 Nayanthara-Vignesh Shivan Wedding: The wedding rituals of South’s power couple Nayanthara and Vignesh Shivan have started. The couple is going to tie the knot today (June 9) at a luxury resort in Mahabalipuram, Chennai.

Celebs have reached Mahabalipuram to attend the wedding. South’s superstar Rajinikanth also reached the wedding venue to bless the couple. Rajinikanth arrived in white kurta pyjama for the ethnic wedding of the celebrity couple.

Actor Shahrukh Khan has also reached for Nayantara-Vignesh’s wedding. Some pictures have surfaced from Shahrukh’s wedding venue in which the actor looks quite handsome. Shah Rukh will be next seen in Atlee’s Jawaan alongside Nayantara. Recently the first look of this film was released. Let us tell you that a few days ago, the news of Shahrukh Khan having corona came. But now he has recovered from Kovid.