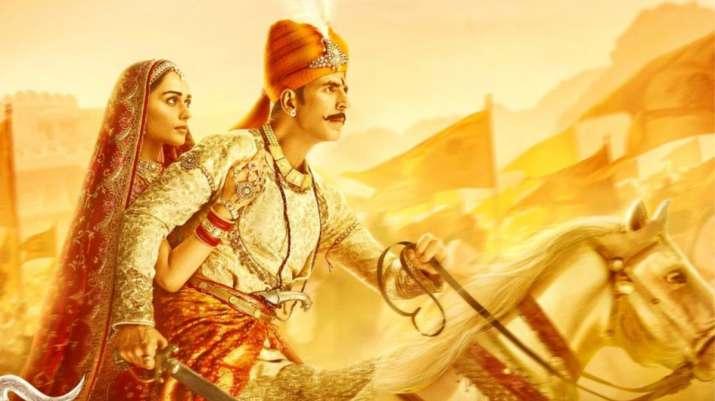 Samrat Prithviraj Box Office: Akshay Kumar’s historical action drama ‘Samrat Prithviraj’, based on the life of heroic warrior Prithviraj Chauhan, has been released in theaters on June 3. The film is getting mixed response from the audience. It was expected that Akshay Kumar and Manushi Chhillar starrer would earn a bumper. However, the film has not shown any charisma yet at the box office.

As per the Box Office India report, for the weekend business of Rs 40 crore, Sunday’s numbers should be better by a margin of 30 per cent. Earlier, Samrat Prithviraj had collected very less from the advanced bookings and most of the collection came in the evening as more people started coming for the show.

The BOI report states that Samrat Prithviraj is doing better business in Rajasthan, UP and Bihar. Single Screen is running its business in these areas.

Trade analyst Taran Adarsh ​​summarized that ‘Samrat Prithviraj’ had the third best opening day for theatrical release in 2022. It was behind ‘Bhool Bhulaiya 2’ and ‘Bachchan Pandey’ in terms of first day numbers for a Bollywood film.

Vikram’s Dhoom at the Box Office

On the other hand, Kamal Haasan’s action thriller film ‘Vikram’ is doing well at the box office. The film has done a business of above 30 crores on the second day. With this, the film has crossed 60 crores in two days. In front of this film, ‘Emperor Prithviraj’ is not able to stand anywhere. Along with these two, release Adivi Shesh’s ‘Major’ is also performing well.

Samrat Prithviraj Box Office: ‘Emperor Prithviraj’ could not show anything special on the very first day, know how much was the collection