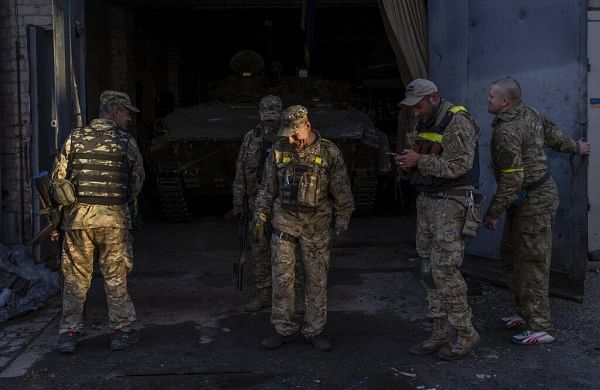 There was no immediate confirmation from the Ukrainian side.

In a posting on the Telegram app, the Russian ministry said high-precision, long-range air-launched missiles were used.

It said the strikes destroyed on the outskirts of Kyiv destroyed T-72 tanks supplied by Eastern European countries and other armoured vehicles located in buildings of a car-repair business.

Share
Facebook
Twitter
Pinterest
WhatsApp
Html code here! Replace this with any non empty raw html code and that's it.
Previous articleBJP distanced itself from religious, provocative statements of its leaders? Said- Wrong to condemn the personality associated with any religion
Next articleOperation Blue Star: I’m Second Lieutenant Raina! first send me so that i can catch bhindranwale…that story of blue star
AUTO
Auto