HomeEntertainmentRubina Dilaik and Shivangi Joshi could not survive in Khatron Ke Khiladi...

Rubina Dilaik and Shivangi Joshi could not survive in Khatron Ke Khiladi 12, broken hearts of fans 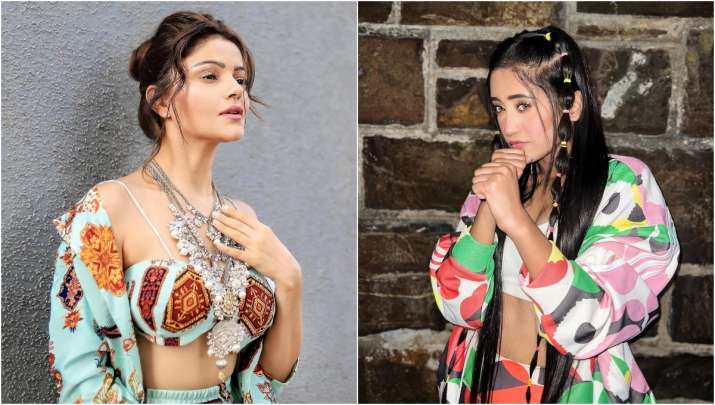 Khatron Ke Khiladi 12 The favorite reality show of the small screen ‘Khatron Ke Khiladi 12’ always remains in the headlines. Every day some update about the show keeps coming out. Meanwhile, news has come out that Shivangi Joshi and Rubina Dilaik have exited the show.

The fans were shocked after this news came to the fore. On one hand, the fans were looking at Rubina as a winner. At the same time, now Rubina will also sit at home and watch this show. Because she is no longer a part of it. Rubina herself has given a hint to her fans to be out of her show. Actually, the actress tweeted and wrote that – Winning with dishonesty vs losing with honesty… what would you choose?

According to the information received, Rubina has done this tweet from South Africa itself. Where the shooting of Khatron Ke Khiladi is going on. This tweet of Rubina has broken the hearts of her fans. At the same time, there are reports about Shivangi Joshi that she too has been out in the third week of the show. Shivangi’s exit from this stunt show hosted by Rohit Shetty can be shocking.

However, nothing is being told about all the eliminations so far. A post is going viral on social media, in which the talk of Shivangi being eliminated in the third week is coming to the fore. It is being speculated that Shivangi Joshi may return to the show as a wild card contestant. Let us tell you that the show will be telecast from July 2. From then on, the information about Shivangi is correct.

Pakistan: Karachi restaurant was using the scene of ‘Gangubai Kathiawadi’, got trolled on social media