HomeEntertainmentRicha Chadha, Tehseen Poonawalla get into an online spat over Kangana's 'Dhaakad'

Richa Chadha, Tehseen Poonawalla get into an online spat over Kangana’s ‘Dhaakad’ 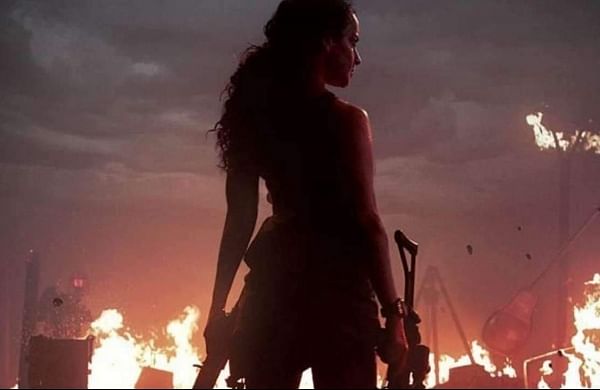 MUMBAI: Bollywood actress Richa Chadha and Tehseen Poonawalla got into a debate over the box office collection of ‘Dhhakad’.

While Tehseen has criticized those who were trolling Kangana Ranaut on the movie failure, she replied to him saying people are expressing their views.

Tehseen tweeted: “The trolling of #KanganaRanaut for her movie #Dhaakad is extremely unfair! We may agree or disagree with #KanganaRanaut but cannot take away from the fact she is one of the best actors in cinema today and a risk-taker. More power to you #KanganaRanaut.”

He emphasized that it is not justified to celebrate the failure of the movie: “The celebration of a movie flopping is not good.”

Richa replied to Tehseen: “Aligning with power is easy and has obvious rewards like tax exemptions, awards, special status, security—even literally the Legislature promoting a film! So do you not know that the reverse also holds true Tehseen? Ppl are expressing dissent in whatever way they can. So chill.”

He later tweeted that there is no reason to cheer up for any flops as it hurt the sentiments of the industry.
“No flops should be cheered period because it hurts the industry. If the government does wrong, doesn’t mean we should as well!”

“I am extremely chilled. I haven’t seen her movie despite #KanganaRanaut being kind enough to invite me. I would stand up for the movie business,” he posted.

Richa posted: “Very systematically, a narrative was built that the film industry in Mumbai is the den of all vice. People here are murderous etc. Many people participated in this narrative building. Now some others celebrating other ppl’s downfalls is an unfortunate result of that.”

‘Dhaakad’ opened with a collection of around Rs 50 lakh and struggled to draw the audience over the weekend.