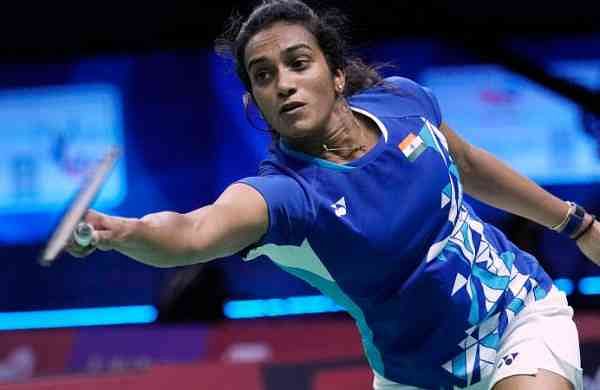 BANGKOK: Double Olympic medalist PV Sindhu was vanquished by world number four An Seyoung yet again as the Indian women’s badminton team suffered a demoralising 0-5 defeat against Korea in their final group D match of the Uber Cup Final here on Wednesday.

After two successful wins against Canada and USA, it was a reality check for the young Indian team as it could not take a single game from the Koreans during the five-match tie.

However, the defeat will not count much as India have already sealed a quarterfinal berth after ensuring itself a top-two finish in the group after two victories.

For Sindhu, it was a disappointing outing as she succumbed to her straight fifth loss to An Seyoung, losing 15-21 14-21 this time in a lopsided contest as India conceded an early 0-1 lead.

The combo of Shruti Mishra and Simran Singhi was no match to world number two pair of Lee Sohee and Shin Seungchan, going down 13-21 12-21 in 39 minutes.

The Indian men’s team will face Chinese Taipei in group C of Thomas Cup Final later in the day.

Share
Facebook
Twitter
Pinterest
WhatsApp
Html code here! Replace this with any non empty raw html code and that's it.
Previous articleGangsters in Tihar Jail: The fear of ‘gangwar’ is haunting the jail officials of Tihar, more than 100 gangsters have reached the jails
Next articleAll Flights To And From Vizag Canceled, Air Services Also Hit At Vijayawada | Nation
AUTO
Auto