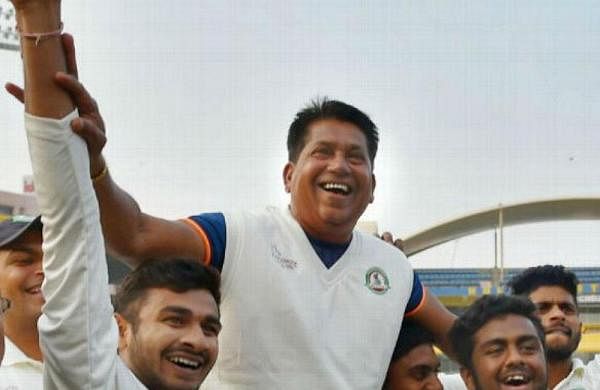 CHENNAI: Madhya Pradesh entered the Ranji Trophy final after registering a massive 174-run victory over Bengal in Bengaluru on Saturday. They have waited for it for a long period. Twenty-three years to be precise. Chandrakant Pandit, now the head coach of the team, had captained the side to the summit clash then at the M Chinnaswamy Stadium, Bengaluru against Karnataka.

Incidentally, the final will once again be played at the same venue but opponents will be different this time around with 41-time champions Mumbai desperate to add yet another trophy to their cabinet after a few barren years.

Whatever happens, when the final begins on June 22, one thing is certain. Former India wicketkeeper-batter Pandit has managed to transform the side. But it didn’t happen overnight or in a season. Since he took over as the head coach in early 2020, he has conducted 405 camps for 150 cricketers from Madhya Pradesh. They included almost everyone from senior Ranji players to boys and girls of various age-groups teams.

“He handled 150 players at a time. It was incessant training beginning at 9 in the morning and continuing till 6 in the evening. That continued for more than two years and the results are there for everyone to see. The men’s team (U- 25) reached the quarterfinals of Colonel CK Nayudu Trophy, the U-19 girls finished as runners-up in the One-Day tournament while the senior women’s team reached the knock-outs. Now the senior team is in the Ranji final,” Sanjeev Rao, secretary of the Madhya Pradesh Cricket Association (MPCA), told The New Indian Express,

Given that they last reached the Ranji semifinal in 2015-16, they were desperate for a turnaround. It was on display when the office-bearers first met Pandit.

“The first thing he told us is that he cannot guarantee results. Instead, he said that he can guarantee hard work, dedication and work ethic and the results will follow. He emphasized that results are the end products. To have them, you have to follow procedures and processes,” added Rao, a former MP cricketer.

Pandit brought in unfamiliar things to cricketers of the state. From on-the-spot coaching while umpiring the practice matches to sending directives to players via microphone from the boundary ropes… he even asked the players to assemble at the stadium after midnight for training under floodlights to check how alert their minds and body are. The players also had sessions with instructors from Infantry School, one of the three premier training institutes of the Indian Army.

“These lectures from instructors of Infantry School helped players become mentally tough. We also called these instructors to Indore to continue the sessions.”

The former Mumbai and Vidarbha coach also prepared a dossier of each player. “That dossier was evaluated every month. He used to suggest what needs to be done and how that cricketer can improve further.”

Even as the quarterfinals were scheduled to begin on June 6, the MP team reached Bengaluru on May 18. The goal was to get acclimatised and be better prepared than their rivals.

“While other teams reached the knockout venue 4-5 days earlier, we reached there almost 20 days in advance. We arranged practice matches against teams from Karnataka and Jharkhand. This helped the team a lot as overcome Punjab and Bengal in the quarterfinal and semifinal respectively to make it to the final.”

The MPCA also renovated the gym and resurfaced the indoor academy. “Basically, we gave him whatever he needed. Given the changes he has brought in, I can say he is one of the best coaches the country has,” signed off Rao.