HomeEntertainmentPictures of Shah Rukh Khan and AR Rahman are going viral on... 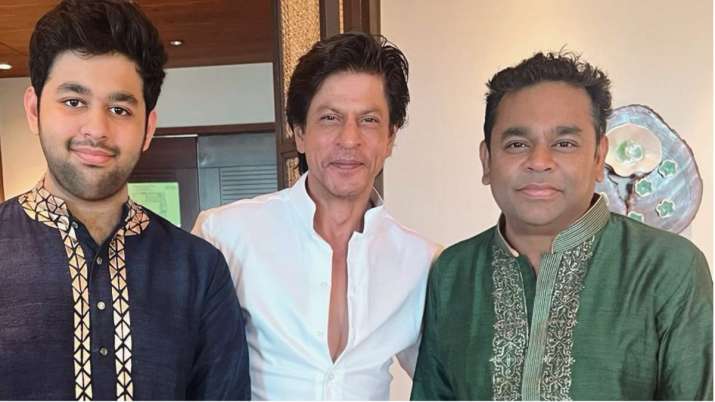 Well, it can not happen that no pictures or videos of Bollywood superstar Shahrukh Khan go viral on social media. Then what to say when two legends of the film world are seen together. Yes, these days a picture of actor Shah Rukh Khan, the emperor of the music industry AR Rahman and his son Amin has surfaced, in which everyone is seen smiling and posing.

Actually, this picture has been shared by AR Rahman’s son Amin with his Instagram handle. According to reports, this photo is of South actress Nayanthara and director Vignesh Shivan’s wedding. Shahrukh also attended this wedding, where his pictures became very viral.

Fans flooded in comments as soon as Amin shared the post. Not only this, seeing this picture, people remembered his musical performances like ‘Dil Se’, ‘Swadesh’, ‘One 2 Ka 4’ and ‘Jab Tak Hai Jaan’. Responding to the post, a fan wrote – ‘Alexa play Dil Se Re’, another wrote, ‘Dil Se Re, Indian Music Industry is at peak’.

Let us inform that the film ‘Dil Se’ directed by Mani Ratnam was released in the year 1998. Shahrukh and Manisha Koirala played the lead roles in this film. AR Rahman composed the music for the film. Even today the song ‘Dil Se Re’ from this film is very much liked.