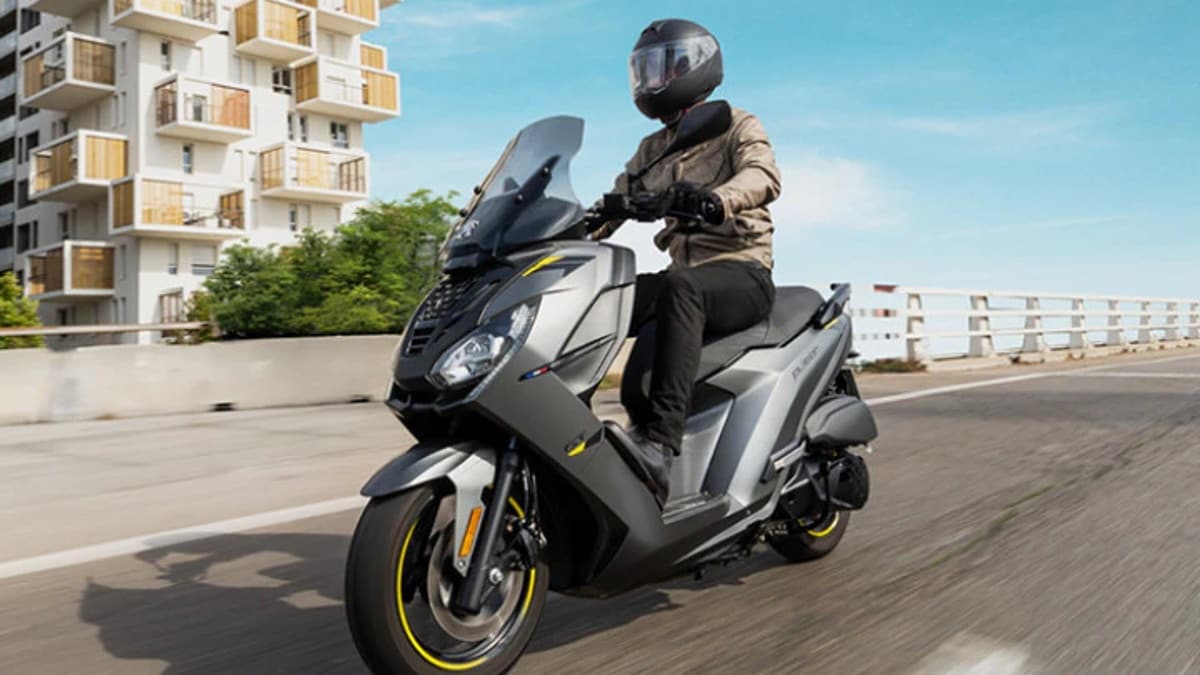 Two-wheeler maker Peugeot has launched the Euro5 compliant version of its Pulsion 125 scooter in the European market. It is a maxi-style scooter, which comes equipped with many advanced connectivity features. It is a 125cc scooter that comes with a semi-digital instrument console with underseat storage, keyless ignition, USB charger, emergency braking light and TFT inset. Its display system can be paired with a smartphone and navigation can also be achieved in it. It has a GT variant, which is equipped with more features.

Zigwheels according The Peugeot Pulsion 125 is priced at EUR 4,549 (about Rs 3.70 lakh) in Europe. Its most expensive variant has been launched for EUR 4,899 (about Rs 4 lakh). The chances of it coming to India are slim at the moment. However, the scooter has been spotted during road testing in India a few years back.

Talking about the features of the new Peugeot Pulsion 125, this maxi style scooter gets a new dual LED headlight unit with LED DRLs. It is powered by a 125cc liquid-cooled single-cylinder engine, which is capable of generating 14.6PS of maximum power and 12.4Nm of peak torque. It is built on top of the company’s tubular steel chassis. It gets 37mm telescopic forks. Tires get a 260mm/210mm disc setup and the scooter comes equipped with dual-channel ABS for safety.

As with the maxi-scooter, the Peugeot Pulsion 125 gets ample underseat storage, and gets a bigger 11.1-litre fuel tank. Even in terms of features, this maxi-scooter does not disappoint. It comes with a semi-digital instrument console with keyless ignition, USB charger, emergency braking light and TFT inset.

The Peugeot Pulsion 125 also comes with smartphone connectivity, which means the rider can pair his phone with its system and receive important notifications on the display like navigation, calls, messages, music controls, etc. Its GT variant also gets windshield and aluminum footboard for better grip.

Share
Facebook
Twitter
Pinterest
WhatsApp
Html code here! Replace this with any non empty raw html code and that's it.
Previous articleHardik Pandya Named India Captain For T20I Series Against Ireland | Sports
Next articleHearing in the Supreme Court on Thursday on a petition seeking a ban on bulldozer action against ‘militants’ in UP
AUTO
Auto