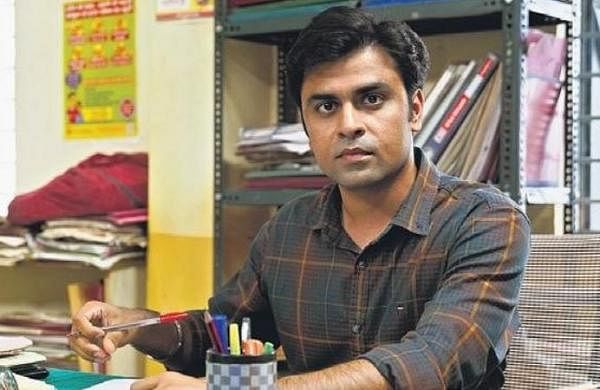 For Panchayat’s Abhishek Tripathi, there were a lot of wide-awake nights in the ‘sleepy’ village of Phulera. The character, played by The Viral Fever regular Jitendra Kumar aka Jeetu in the Amazon Prime Video series, has it tough in the boring village of Uttar Pradesh.

His day starts with bathing under a hand pump, pacifying agitated village folk as a Panchayat Secretary, and ends with solving quantitative analysis (quant) questions for MBA entrance under the flickering beam of an emergency light.

“Living in a village is difficult,” says Jitendra, who is returning as Abhishek in the second installation of Panchayat. “If I had to live in an actual village for a while, I would like somebody to take me back to the city.” Chandan Roy, however, has a different opinion. The actor, who plays the guileless, gleamy-eyed Vikas, comes from a village in Bihar’s Mahnar.

“I won’t mind if I have to live in a village. Phulera is not different from my village in Bihar. All the people I saw there are similar to the characters in the show. I think I can make do in all circumstances… eat lauki (bottle gourd) too if I have to,” he sheepishly says.

If Abhishek’s vexation in the series had to be materialised, it would be in the form of a bottle gourd. When it comes to a welcoming gift or bribing a government servant, the solution of the village head or Pradhan ji (played effortlessly by Raghivir Yadav) is simple: home-grown bottle gourd. In the series, Jitendra’s character can be seen peeling the vegetable irritably. However, the actor seems to have developed a taste for lauki.

“I started liking bottle gourd after Panchayat,” says Jitendra. “During Covid-19 lockdown, I grew the vegetable in my home. The ones grown at home taste better for sure. I am from Rajasthan and yoghurt made with bottle gourd is popular there. I never really liked it growing up, but now I am acquiring a taste.”

Not just green vegetables–love, too, is growing, albeit slowly, in Phulera. After the cliffhanger on the edge of a water tank in season one, Jitendra’s character might have found a reason to stay back in the village. “Love will bloom for Abhishek this season. But don’t expect any love songs,” he quips.

Panchayat might be the most ‘non-TVF’ show but its first season is not devoid of a plot point where meek Jeetu finally loses it. In a comic scene, which is a callback to TVF’s Pitchers, Abhishek wields a gun like a stick and scares away a gang of rowdies.

There is no Bollywoodian hand-to-hand combat and the hooligans are more petrified of his fiery eyes than the gun. We ask Jitendra and Chandan if they have ever been in a fight. “Inter-school fights were common,” says Jitendra.

“Usually between private and government schools. Nobody actually hit each other, it was mostly swearing and flexing.”

Chandan reminisces about his days at Patna College. “There were petty disagreements over the price of eggs or auto fare. I was in a hostel and there was a lot of unity. We went for all-out ‘war’ if anybody said anything to a hostel mate. If it was a junior, we felt responsible for their protection. Now I think we had taken too much unnecessary responsibility,” he remembers.

Besides Panchayat, Jitendra is also part of TVF shows like the monochrome drama Kota Factory and the spoof-comedy Bachelors, whose second installments were recently released. The actor, however, remains elusive about the possibility of Pitchers season 2.

“Only the makers can tell if there is going to be a second season,” he says. Panchayat season 2 will stream on Prime Video from May 20.