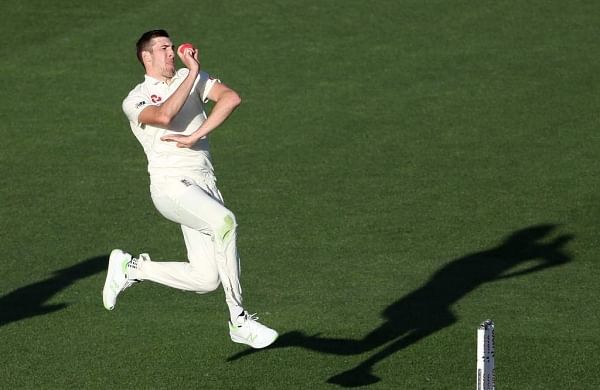 LONDON: There are twins in England’s cricket squad for the final test of the series against New Zealand.

Jamie Overton was called up on Thursday, joining Craig, the older brother by three minutes, in a 14-man party for the match at Headingley starting on June 23.

The decision puts the Overtons back on the same team after they went head to head in an English County Championship match last week, a meeting that ended with Craig suffering a concussion after Jamie hit him with a bouncer.

The addition of Jamie, an uncapped seamer, suggests England is keen to assess its options in Leeds, having relied on a three-man pace attack of James Anderson, Stuart Broad and newcomer Matthew Potts in the first two tests.

England have won them both to take the series.

No twins have played international cricket for England before, a record that seems likely to stay intact given Craig has been an unused squad member in the first two games against the Kiwis.

But should conditions favor quick bowlers, as they often do in Leeds, England could choose to replace spinner Jack Leach with an additional pace option and pit the Overtons into direct competition for one place.

Jamie is comfortably the quicker bowler and has greater range as a batter, which could be relevant given the length of the current English tail.

But Craig has proved a more reliable, consistent performer in first-class cricket over the years, taking 402 wickets compared to Jamie’s 206 and picking up eight test caps and four ODI appearances.