One Electric starts business in 8 countries, is selling Kridan e-bike, has a range of 110 km – News 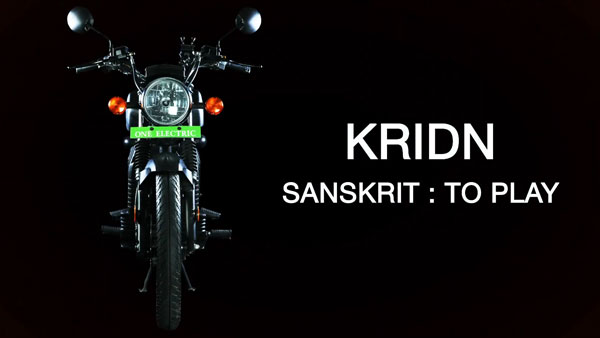 One Electric bike gets a great range

One Electric currently sells an electric bike Kridan (KRIDN). The 3kWh lithium-ion battery has been used in this bike along with a 5.5kW motor. It gives a range of 110 km in a single charge. It has a top speed of 80 km/h in Eco mode.

The bike will adapt to the temperature

One Electric said that while the Indian and African markets have similar requirements, the Middle East markets are the biggest challenge for us. The company’s CEO Gaurav Uppal said, “In the market of Middle Eastern countries, we need such two-wheelers, whose speed can be kept continuously at 100 kmph. At the same time, according to the temperature of 50 degree Celsius in these countries, two-wheelers are needed. Cooling system of wheelers will also have to be managed.

Will start business in 15 countries

The CEO said that the homemade EV company is currently focusing on its expansion as it seeks to become a global electric motorcycle company. The company aims to start business in 15 countries by the end of this year.

ONE Electric Motorcycles is currently in the process of assessing the European market and working on meeting the technical requirements. “The EU’s decision to discontinue ICE engines by 2035 will open up interesting opportunities for us,” Uppal said.

The electric bike Kridan is designed for heavy road conditions and heavy loading. It can be easily operated in hot countries like Africa. The name of the Made in India Kridan electric motorcycle is derived from Sanskrit, which means ‘play’ in the classical South-Asian language. Its price in India is Rs 1.29 lakh.

Popular bikes powered by the One Electric Kridan petrol take on TVS Apache RTR 200 and Bajaj Pulsar NS200. Talking about the upcoming features, it includes comfortable seats, 17-inch front and 16-inch real wheels. It can be bought in two color options Blue and Black. It comes with a digital instrument console and a halogen headlamp.