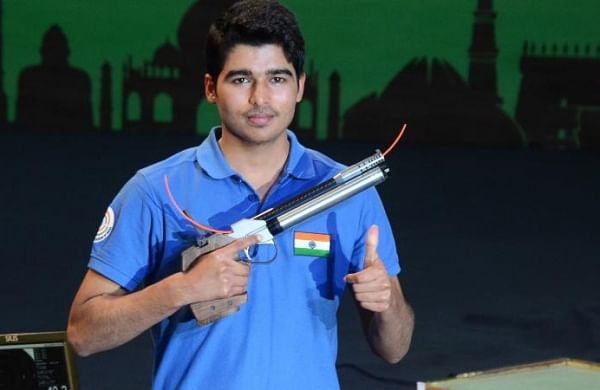 CHENNAI: Shooter Saurabh Chaudhary has been a marvel over the years, pocketing many medals at various major competitions. But he’s proven he’s only human this year. After kick-starting the year with a gold medal in the ISSF World Cup in Cairo Egypt, Saurabh’s form took a nosedive.

In a sport where the country has talent in abundance and with a tough selection policy in place, that rare miss is one of the reasons he’s not part of the national team, that will be heading to the upcoming World Cup in Changwon (Korea). More worryingly, given that this is the last World Cup of the year, there’s a high chance that the youngster could miss out on the all-important ISSF World Championship in Cairo (October 12-25), which will have Paris Olympic quotas on offer .

As per the provisional ranking after Selection Trials 3 and 4, Saurabh is ranked 27th in the men’s 10m air pistol event and is miles behind some of the top performers. Shiva Narwal, Naveen and Sagar Dangi, who are in the top-three, will be traveling to Korea on the basis of their rankings. The World Cup is set to be held from July 9 to 22 and the preparatory camp is expected to begin from June 20.

That also means they will have the opportunity to go further ahead of Saurabh and the rest of the shooters in the ranking list. Likewise, Palak, Rhythm Sangwan and Yuvika Tomar are part of the team in the women’s 10m air pistol based on their rankings.

It’s a harsh reality for Saurabh, the lone shooter to qualify for the final from the country at the Tokyo Olympics last year. The 2018 Asian Games winner had just missed out on a podium finish during the national shooting championships last year for which he had fetched 0.25 ranking points. The golden effort during the Cairo World Cup had helped him secure 1 ranking point, according to the ranking chart. After an average show during the first two trials in Bhopal, he finished on a disastrous note in the last two trials. That had seen him fall sharply.

The 20-year-old could possibly earn some vital ranking points during the ongoing Kumar Surendra Singh Memorial tournament, where he is part of the Uttar Pradesh team. According to National Rifle Association of India (NRAI) selection policy (November 11, 2021), all the domestic events including the aforementioned competition will be considered as a selection trial.

According to the policy, “a moving average of all recognized (Domestic and International) competitions will be computed”.

However, there could be exceptions if the need arises. “An effort has been made to make the exhaustive policy – ​​however, it is possible that in the course of the application of the policy anomalies arise. In such a case/s the interpretation of the NRAI of such anomalies would be final and binding on all,” the policy states.

It is to be noted that Saurabh has been shooting continuously and that could have taken a toll on his young mind. Immediately after a grueling build-up to the Olympics and the Olympic itself, he had taken part in the ISSF President’s Cup in October last year before the nationals. And 2022 has been a continuous test for him and the rest of the shooters as well.

Share
Facebook
Twitter
Pinterest
WhatsApp
Html code here! Replace this with any non empty raw html code and that's it.
Previous articleAfter BCCI, now its turn for ICC to set ball rolling for next set of media rights
Next articleFIH Pro League: Forget about results, it’s all about systems and processes
AUTO
Auto