HomeAutoOla is bringing electric car soon, full charge will be done in... 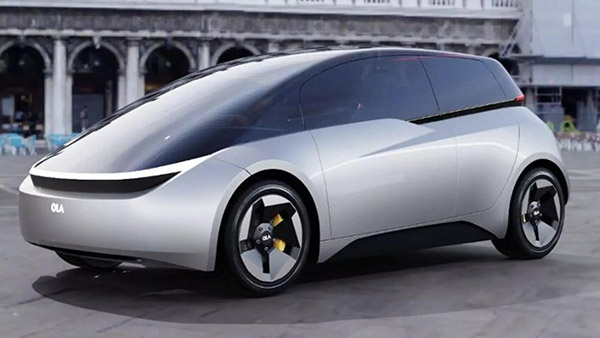 Bhavish while addressing the customers meeting at Ola Future Factory said that the company’s mission is to put India on the world map of global electrification and make itself a world class company. Bhavish said, “We have made a small start with an electric two-wheeler, the S1 Pro, and over the next few years you will see many more two-wheelers being rolled out from our plant. We will have a four wheeler soon. The vehicle is coming, everyone knows we are building a car and also building core technology on battery cells.”

He further added that all the technology of Ola is made in India and made by Indians. In a first of its kind event in the automotive industry, Ola Electric invited all 50,000 customers of the S1 Pro to the Future Factory. He said the common practice in the auto industry is to invite dealers and send them to places like Thailand, but Ola Electric is making direct communication with its customers.

Around 3-4 thousand customers were invited to Ola’s factory in Sunday’s event. During the event, Bhavish also launched Move2OS (Operating System) for Ola vehicles. The existing customers of Ola e-scooter will be given the update of this operating system through OTA update.

Ola Electric recently invested in an Israeli battery technology company, StoreDot, a leader in batteries with extreme fast-charging (XFC) technology. The investment in Storedot is the first of several global strategic investments planned by Ola Electric, as it looks to grow its core in advanced cell chemistry and manufacturing, as well as other battery technologies and new energy systems.

As part of the investment in Storedot, Ola Electric will have access to the company’s state-of-the-art XFC battery technology that can charge from 0 to 100% in just five minutes. Ola will also have exclusive rights to manufacture batteries integrating Storedot’s fast-charge technology in India.

Ola’s Future Factory is the world’s largest two-wheeler factory. The company is planning to set up a Gigafactory to meet the demand for battery cells. Ola Electric earlier this year announced the establishment of Ola FutureFoundry – the company’s global center for advanced engineering and development based in the UK.

Ola plans to invest over $100 million over the next five years in a state-of-the-art center that will house over 200 designers and automotive engineers. The company will also partner with world-class education and research institutions at the Center UK to collaborate on technology research and development.

Share
Facebook
Twitter
Pinterest
WhatsApp
Html code here! Replace this with any non empty raw html code and that's it.
Previous articleSmartphone Offers: Redmi’s ‘this’ smartphone packed with 64 MP camera will be cheaper for you, getting ‘so many’ off – News
Next articleAir India considering procuring over 200 new planes; 70% to be narrow bodied jets
AUTO
Auto