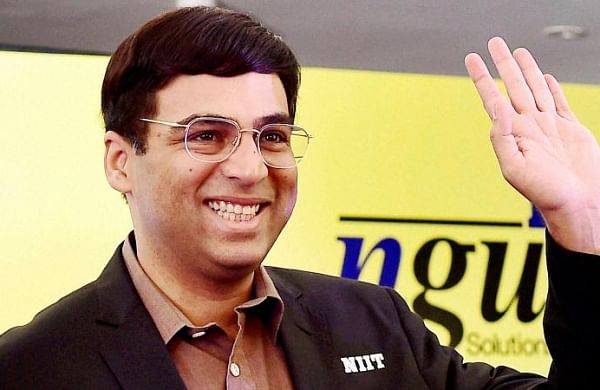 NORWAY: Indian Grandmaster Viswanathan Anand posted his second win at the trot, defeating Bulgarian Veselin Topalov in the Classical section to take the lead at the Norway Chess tournament here.

The 52-year-old Anand trumped his opponent in 36 moves in the battle of the veterans to make it two out of two after the second round late on Wednesday. The five-time world champion now leads with six points.

He had started the Classical event with a win over France’s Maxime Vachier-Lagrave following a fourth place finish in the Blitz event.

American Wesley So, who won the Blitz event ahead of the classical section, outwitted world No 1 Magnus Carlsen in Armageddon (Sudden death game) to lie in the second spot behind Anand after their regular game ended in a 38-move draw.

Anand, who had defeated Carlsen in the blitz event earlier, continued the good run. With the victory over his long-time rival, the Indian ace climbed to the 9th spot in the world live rating list.

In the other games in the second round of the 10-player competition, Vachier-Lagrave beat Shakhriyar Mamedyarov via Armageddon and Teimur Radjabov got the better of Norwegian GM Aryan Tari.

Dutch GM Anish Giri and Wang Hao drew their Armageddon game after the regular match ended in a stalemate. In the classical event, players play an Armaggedon (sudden death) game in case of a draw.

Share
Facebook
Twitter
Pinterest
WhatsApp
Html code here! Replace this with any non empty raw html code and that's it.
Previous articleHardik patel BJP: Amit Shah General Dyer, place for those who live as shoes… Will ‘Hardik’ welcome in BJP?
Next articleNMDC iron ore output grows over 14% to 3.2 MT in May
AUTO
Auto