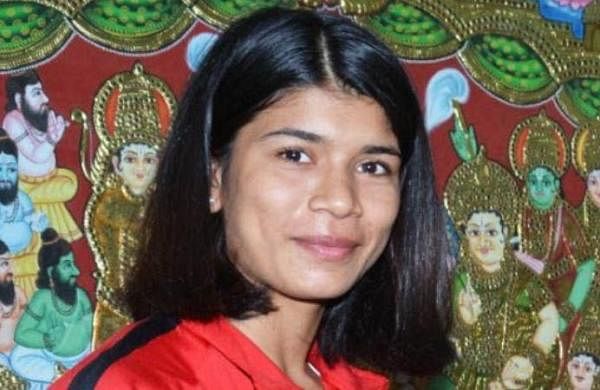 CHENNAI: Just over 12 months ago, Nikhat Zareen was on the sidelines, patiently waiting for his chance to shine. In an interview with this daily, she had opened up about her journey, how hard lessons from the past had toughened her up and how she has learned to be patient in a competitive environment. Despite not being part of the Tokyo Olympics, she had confidently stated ‘my time will come soon’.

On Tuesday, in the ongoing edition in Istanbul (Turkey), Nikhat showed her technical superiority to outclass her rival and be in a position to join the list. Up against Brazil’s Caroline De Almeida in the 52-kg semifinal, the Telangana boxer made a watchful start before unleashing a fury of punches to rattle the southpaw. Carolina was clearly on the back foot, trying to avoid the heat, as Nikhat landed some combination punches.

The pressure was to such an extent that the Brazilian appeared to be grabbing the Indian on multiple occasions to avoid the pain.

The theme continued in the second round. Nikhat, a former junior (2011) and youth (2014) Worlds medalist, had clearly gained confidence after winning the opening round and knowing that it was vital to maintain the gap, she didn’t bring her foot off the pedal.

She continued to use her footwork and body movement to good use, evading her rival in the process and landing in some solid jabs. Every punch Nikhat delivered seemed to be doing the damage while Caroline’s punches seemed to lack precision.

With just 180 seconds to play, Nikhat, like the way she went about her business in the quarterfinals, knew she just had to stay firm. As Caroline, sensing that she was behind on points, showed intent, Nikhat used good foot movement and punches to maintain the distance. In the end, there was no doubt who was the victor.
National chief coach Bhaskar Bhatt, who saw the bout unfold from ringside, was a pleased man and felt that she has a solid chance of finishing on a high on Thursday.

Thailand’s Jitpong Jutamas, who beat three-time medalist Zhaina Shekerbekova of Kazakhastan, stands between the Indian and a gold medal. “The manner in which she has been playing, there is a good chance of striking gold. She knows her opponent, having beaten her in the past,” he told this daily.

Nikhat’s happy run is no surprise for the likes of Bhatt, who has seen her up close in the last few months or so. Under Bhatt and other coaches’ guidance, Nikhat seems to have added a different dimension to her game. Having won the Strandja Memorial Tournament earlier this year, she had entered this event with loads of confidence. Bhatt felt she still has plenty to offer.

“She is experienced and has all the talent. I think with time, she’ll get even better. She is an intelligent boxer and her grasping power is good. More importantly, her attitude is spot on and that has helped,” he noted .
After that gruelling bout, Nikhat was due to be attended by the team doctor and physiotherapist. Bhatt said that keeping the team meetings light-hearted has helped the boxers’ cause.

While Nikhat had a productive day, Manisha Moun (57kg) and Parveen (63kg) finished with bronze after losing their respective fights. The latter, making her debut, put up a gutsy display before going out by a split verdict. Bhatt lamented the close miss but was happy with Parveen’s overall output.

“Praveen was against a hard-hitting boxer and we were looking to be watchful at the start. However, her rival was relentless. Praveen did well in the second round to keep her chances alive. In the third round too, she improved a lot. . Her opponent was clearly tired. However, I feel she failed to capitalize in the last 10/15 seconds, that could have made a huge difference.”

Share
Facebook
Twitter
Pinterest
WhatsApp
Html code here! Replace this with any non empty raw html code and that's it.
Previous articleNot Patel and Co but Supreme Court-appointed CoA to run AIFF until elections
Next articleFacts should be allowed to come out: RSS on Gyanvapi mosque issue
AUTO
Auto