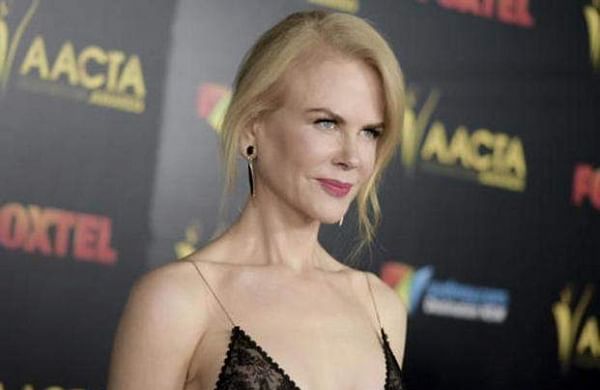 LOS ANGELES: Hollywood star Nicole Ridman is once again teaming up with Amazon Studios for a feature film.

Ridman, who most recently headlined the studio’s critically-acclaimed movie “Being The Ricardos”, will star in thriller film “Holland, Michigan”.

The feature is based on Andrew Sodroski’s script that topped the 2013 Black List and will be directed by Mimi Cave, best known for her 2022 comedy thriller film “Fresh”.

The movie involves secrets that lurk beneath a Midwestern town with a Hitchcock bent, reported Deadline.

In addition to headlining the project, Kidman will also produce with Per Saari under her Blossom Films.

Kidman starred in Amazon’s “Being the Ricardos” as Lucille Ball, a role which earned her a Best Actress Oscar nomination.

The actor is also starring in and producing the Amazon drama series “Expats”. Her recent projects include Robert Eggers Viking epic “The Northman” and Hulu series “Nine Perfect Strangers”.

She will next be seen in Warner Bros/DC’s “Aquaman” sequel “Aquaman and the Lost Kingdom” and an untitled romantic comedy from streaming service Netflix.

Share
Facebook
Twitter
Pinterest
WhatsApp
Html code here! Replace this with any non empty raw html code and that's it.
Previous articleUsing the scene of ‘Gangu Bai’ cost the restaurant of Karachi heavy, social media getting gritty
Next articleMalaika Arora is wreaking havoc at the age of 48, see pictures of the actress wearing a backless gown
AUTO
Auto