2022 Mahindra Scorpio Leaks: Mahindra wants to commemorate the launch of its new 2022 Scorpio. Now the teasers that have come out are like the trailer of a Bollywood movie. Even though the full glimpse of Scorpio has not yet been seen in these teasers, but it looks like a hero in whatever it is seen. In the first teaser where the voice of Bollywood megastar Amitabh Bachchan was heard. So in the second teaser, Anand Mahindra showed a glimpse of it from the front. Even though the company wants to keep it hidden, some photos of it have been leaked before the launch. However, earlier photos of the interior of this SUV have also been leaked.

The photos that have come out of this SUV are 2022 Mahindra Scorpio in white color. The front, back and side profiles of the SUV are clearly visible in these photos. Even the engine part is visible under the bonnet of the car. The white color variant which Anand Mahindra shared the teaser of the grill of the photo looks exactly the same. It is also clear from this that the company has started its production. The exterior of the car has been completely redesigned as compared to the current model. In this, a brand new grille has been used with a new logo.

360-degree camera for safety The
most important among other features that the 2022 Mahindra Scorpio will get could be the advanced driver assistance system as seen in the recently launched Mahindra XUV700. This feature is also expected to be available in the top model of the car. Here customers can also get hi-tech features like 10-speaker audio system, 9-inch touchscreen infotainment system, LED lights all over, 6 airbags and connected car technology. The company is also going to provide a 360-degree camera with this car, which will make the new Scorpio a great SUV in terms of safety. 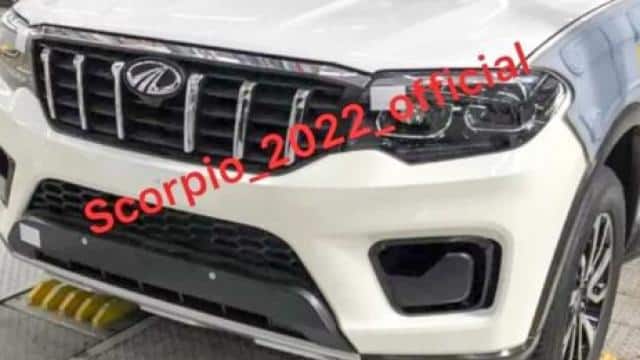 In Russia, the acceptance of orders for the brutal crossover Haval Dargo has opened – News

Booking of 2022 Range Rover Sport has started, know how you can book, what’s new in it – News

OnePlus Nord 2T 5G made a stellar entry, a powerful camera with a strong processor – News

Apple-Samsung fined more than Rs 40 crore! Know the reason, you will also say- ‘It is absolutely right!’ – News

Battlefield 2042 survived to its first season. The game has received a major patch. – News

Samsung Galaxy Z Flip4 will not only be more powerful than its predecessor, but will also get a more capacious battery – News