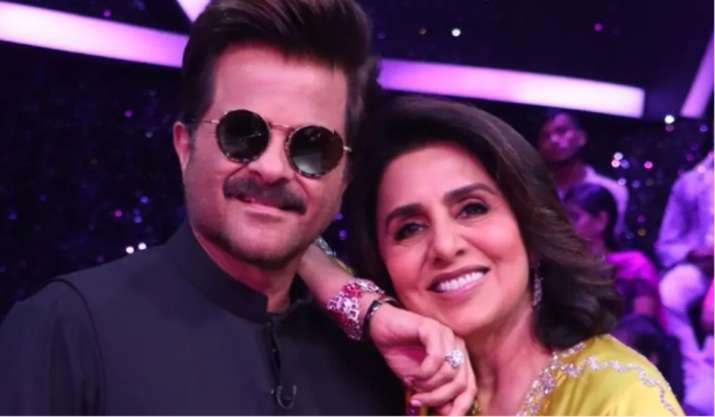 Neetu Kapoor and Anil Kapoor Neetu and Anil are soon going to be seen together in the film ‘Jug-Jug Jio’, in which Neetu and Anil are in the role of husband and wife. At present, the entire team of this film is busy in the promotion. In this episode, Bollywood stars Neetu Kapoor and Anil Kapoor danced on the song ‘Ek Main Aur Ek Tu’ during a fan event. Neetu, Anil, Varun Dhawan, Maniesh Paul and Kiara Advani arrived to promote the film at a fan event held in Delhi.

The film released in 1975 at the eventIn fun‘ The song started playing. Neetu and Anil started dancing together after listening to the song. On the other hand, Varun, Kiara and Manish raised their enthusiasm with the fans. Neetu Kapoor has shared this video on her Instagram story.

‘Jug Jug Jio’ will hit the theaters on June 24. Varun Dhawan and Kiara Advani are also in lead roles in this film. Manish Paul and Prajakta Kohli will also be seen in important roles.