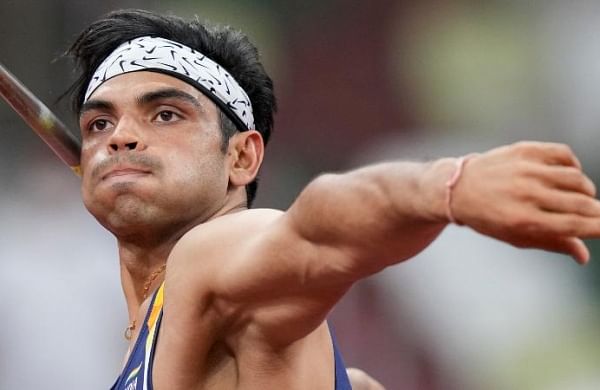 The conditions were near-perfect in Turku. Tokyo 2020 Olympic champion Neeraj Chopra stood confidently on the track and took aim towards the season. He strode to the throwing mark in his typical style — seven steps to crossover, threw the javelin and half-rolled. In the second attempt, the javelin flew to a distance of 89.30m — a personal best and also a national record at the Paavo Nurmi Games in Turku (Finland) on Tuesday evening. That effort was good enough for him to fetch a silver medal on the day.

The competition was strong as well. Most of the elite throwers competed. But for Neeraj, it’s just a teaser to bigger and better things this year. The 90m-mark is just 70cm away.

Neeraj felt the distance of 89.30m was not something unexpected. His progression, too, lends weight to his words. In 2018 during the Asian Games in Jakarta, he broke the 88m mark with 88.06m effort. That was before his elbow injury and close association with coach and bio mechanic expert Klaus Bartonietz. On his return after injury (he missed the entire 2019 season) in January 2020, he threw 87.86m in South Africa and qualified for the Olympics. He started to train with Bartonietz and after a forced Covid break, he threw 88.07m, a personal best, at the beginning of the 2021 season.

Neeraj felt that the best part was that he could better his own mark.

“Personal best means I have done better than what I had done earlier. And that’s the target of every athlete. To do better than his previous best.”

It had been more than ten months since he had hurled the spear in a competition. For an athlete, it’s considered a long break. Getting into competition too has its own challenges. After an Olympic gold, maintaining high standards would always be challenging. For Neeraj and his team, a throw around the 86m mark would have been considered a very good start. But 89.30m definitely lights up the season with World Championships and Commonwealth Games in quick succession next month. Like his team says, ‘it’s a satisfying start’. Turku over, Neeraj and his team were heading to Kuortane (also in Finland) on Wednesday for the next event, wh on June 18.

Neeraj sounded happy and relieved too, especially for doing well after 10 month break from competition. There was not much chatter in his brain before the event. “I had a nice feeling to get back into competition. Ten months after the Olympics is quite a long time,” said the 24-year-old. His sole objective was to start on a good note. “We were trying to implement whatever we were focussing on during training, especially technique. Even while throwing, I needed to keep that in mind,” said Neeraj. “Effort was fine, but the angle of the throw was going inside (javelin drifted towards the left after throwing).”

After this positive outcome, Neeraj is naturally upbeat and is hopeful of good results in the days to come.

“It’s really a good feeling to have such a good opener. This performance will give me more confidence for the entire season and a belief that I can do better. Now I have to focus on the technique and training and throw well.”

Given that Neeraj was returning to competitive action for the first time since the historic gold in Tokyo, there were tall expectations. But Neeraj said he was relaxed as always and was just focused on the task in front of him.

“I was competing just the way I used to do earlier because while in competition one should not think too much about other things,” he said. “Every competition is different. I was Olympic champion then, but my next competition will be different.”