HomeAutoMG Motor sales increased by 294.5%, so many vehicles sold in May... 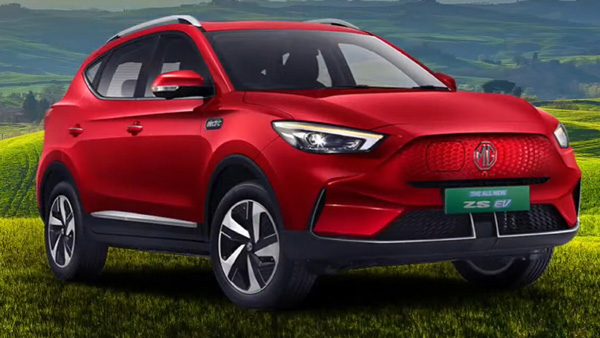 Talking about the year-on-year growth in the sales of MG Motor, the company’s sales were 294.5% higher in the month of May. Let us inform that MG Motor India recorded the highest sales in March 2021 with 5,528 units. However, since then the company’s sales started declining due to lack of semiconductor supply.

MG Motor completed the sale of 1 lakh units of cars in India last month. The company is currently selling four models in the Indian market which include MG Hector, MG ZS EV (Electric), MG Gloster and MG Aster. MG Motor is a subsidiary of the Chinese automobile conglomerate SAIC Motor. The automaker started selling cars in India from 2019.

MG Motor India is manufacturing the vehicles at its manufacturing plant located in Halol, Gujarat. The plant has a capacity to manufacture 80,000 cars per year. The plant was previously owned by the American car company General Motors. But it was bought by MG Motor after it stopped production in India at the end of 2017. MG Motor India has invested over Rs 2,000 crore to revamp the 178-acre plant after its acquisition from General Motors.

MG explained that customers, partners and employees have been the company’s most important assets since its inception in India. As a testament to its commitment towards customer satisfaction through its products and on-ground experiences, the carmaker was recently awarded the JD Power 2021’s India Sales Satisfaction Study (SSI) and India Customer Service Index Study (CSI). I had registered my name at No.

The brand has created a positive experience and environment for its dealers and employees. As a result, it has ranked second among 4-wheeler mass-market vehicles in dealer satisfaction according to the Federation of Automobile Dealers Associations (FADA).

MG Motor is preparing to bring an affordable Kaur small electric car for the Indian market. According to media reports, this new electric car from MG could be a small two-door electric car that will be focused for customers in Indian cities. Currently, the company is selling this model under the name of MG E230 in select markets. According to the information, the company will introduce this electric car in India next year and it will also be exported from India.

It can be launched in the Indian market against Datsun RediGo and Maruti Suzuki Alto. Recently the patent of this mini electric car has been registered in India. It is expected that the MG E230 to be introduced in India will have a seating capacity of four people.

Share
Facebook
Twitter
Pinterest
WhatsApp
Html code here! Replace this with any non empty raw html code and that's it.
Previous articleTV Star Karan Grover Marries Longtime Girlfriend And Actress Poppy Jabbaal | Entertainment
Next articleMumbai news : Notice, thousands of fines and up to jail… if there is no board in Marathi outside the shops, know what action will be taken after June 10
AUTO
Auto